Manchester City returned to the top of the Premier League after a hard-fought 1-0 victory against Leicester City on Monday. Vincent Kompany’s second-half wonder goal proved to be enough for City to take all three points.

City wasted no time to get going after Kyle Walker’s run down the right flank earned them a corner in the very first minute. The champions failed to create anything out of it, with Sterling penalised for a push in the box.

Leicester had their first break in the 3rd minute after Jamie Vardy fed James Maddison on the halfway line but Zinchenko brought him down to concede a freekick.

City dominated the possession in the opening exchanges as expected but the Foxes looked in shape to deny the hosts. However, Leicester had the first big chance of the game after Maddison’s dinked ball found Perreira on the run and the Portuguese did brilliantly to cut inside onto his left foot inside the box. However, his shot was blocked well by Kompany.

Young Phil Foden had a chance at the other end but his off-balance shot was straight down Schmeichel’s throat. Youri Tielemans had a pop at goal from outside the box but it was too weak to cause any sort of problems to Ederson.

Raheem Sterling drove towards the by-line and his attempted cross looked to have hit Evans’ arm from close range but the referee waved play on despite protests.

David Silva was the first player to receive a yellow card after a late challenge on Maddison. Bernardo Silva made an outstanding driving run into the box but despite his trickery, he couldn’t manage to cause any reasonable damage.

City’s biggest chance of the half came from a corner as Sergio Aguero leapt above everyone else to guide the ball goalwards. But the ball hit the underside of the crossbar before Schmeichel palmed it off in outstanding fashion.

Vincent Kompany went into the book after a late challenge on Maddison to stop a counter-attack. Leicester’s fine first-half performance took them into the changing room with the scores level. 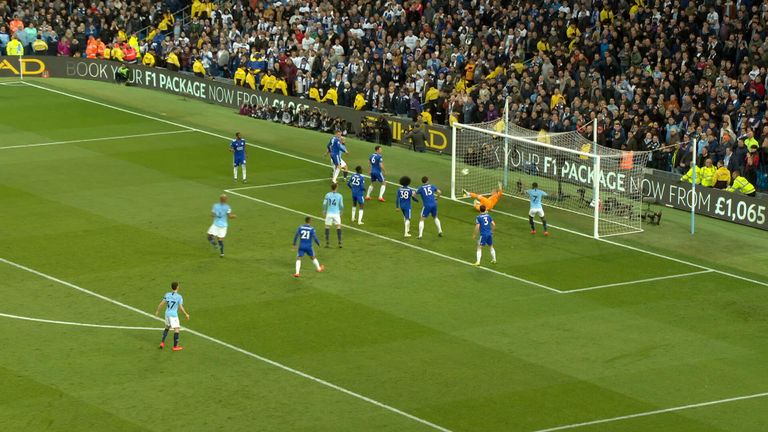 Leicester continued to frustrate the hosts by playing the ball around the back and Pep Guardiola looked agitated on the touchline. Raheem Sterling had a huge chance to score the opener in the 53rd minute after he found himself unmarked in the box but his header went well over the bar.

Bernardo Silva tried a hit from the right side of the box but his shot was well off target. Sterling tried to make amends for his miss by a shot from 25 yards but it was off the target again.

An irritated Pep Guardiola made his first change in the 57th minute by bringing on Leroy Sane in place of Phil Foden. City worked the ball well around the box before Ilkay Gundogan had a decent strike from outside the box but it went narrowly wide. 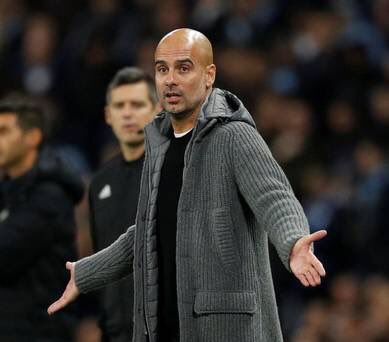 Sterling had another huge shout for a penalty after a challenge from Choudhury inside the box but the referee rightly waved play on. Leicester failed to get inside City’s half in the opening 20 minutes of the second half but City despite getting close, they failed to change the score.

However, captain fantastic Vincent Kompany had other ideas as he picked the ball up from a long way out and blasted an unbelievable strike to give the Champions a hugely important lead.

Iheanacho came on for the Foxes for the last 10 minutes and almost had an immediate impact. Choudhury did brilliantly to win the ball back from Walker and fed in the Nigerian but his first-time shot went horribly wide.

Leicester, despite their best efforts, failed to create anything else and Pep Guardiola’s side managed the final few minutes well to take home the three points.

Here’s how City fans reacted to the important victory: