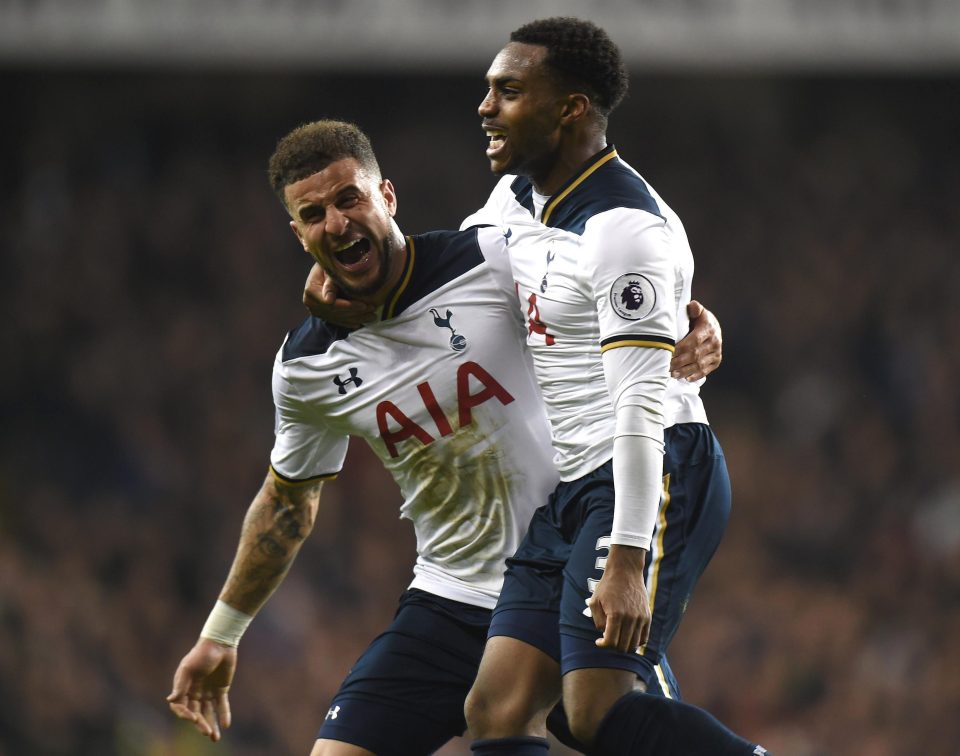 Despite Tottenham’s recent efforts in trying to tie down their best players to new deals at the White Hart Lane, the big clubs have been unfazed, and they continue to test Spurs’ resolve by preparing tempting bids for their own target signings.

Kane and Alli have constantly being linked with such offers coming from the top clubs, and the forwards aren’t alone as the club’s full-back duo of Kyle Walker, and Danny Rose are now the reported targets for the Manchester clubs.

United and City have shown interests in the English defenders, and both Guardiola and Mourinho are willing to rival each other by making a £60 million combined move for the two.

Agreeing to this deal will be a disaster for Tottenham, and the north London club must do everything to keep 2 of their most prized and valuable players.

In the English Premier League, no team can boast of having left and right-backs with standout qualities – defensively and offensively within its ranks. Only Tottenham can, and it’s why the 2 Manchester managers will do anything to lure them both away from the White Hart Lane. As they want exactly that.

While Eriksen and Alli might have combined brilliantly to end Chelsea’s 13-game winning streak days ago, it was Pochettino’s decision to mirror Conte’s 3-4-3 formation that inspired the hard-fought victory, and that tactical switch wouldn’t have been possible, and more importantly effective without the full-backs turning wing-backs for the clash.

Rose nullified Moses’ brilliance, while Walker made light of Alonso’s abilities. That game was definitely the highlight that made Jose and Pep convinced to covet both of them, and the 2 managers no doubt secretly desire to build their teams around these full-backs if they are able to land them.

The Chelsea game showed why Walker and Rose are equally as important to Tottenham like every other member of the starting XI is. Both have had incredible campaigns this term, and only a few full-backs in the world can rival them.

They are simply irreplaceable, and that they both are offensively and defensively sound makes it even a rare happening in any team around the world. Losing them will take a lot away from Tottenham.

In the Premier League this term, Rose has scored 2 goals, assisted 2, created 21 chances, averaged 6 defensive actions per game and has won 56% of his duels in 15 outings.

His partner, Walker, has assisted 4 goals, created 28 chances – the 2nd most of any defender, averaged 5 defensive actions per game and has won 57% of his duels in 19 games.

These 2 have been more than effective this term, and have been very vital to Tottenham’s attack having contributed directly to 8 goals in between them. They have also made sure the team’s backline is the best in the land, playing a huge role in ensuring only 14 Premier League goals have been shipped this term.

These geniuses of attacking full-backs can be the reason Tottenham win the title this season or soon. At least they were the ones that put the club back into the race with the win over Chelsea, and the club must hold them in very high esteem, with the demands for their services from suitors now higher than before.

United and City are ready to do that in order to boost subsequent title bids in the coming seasons. Tottenham can’t and mustn’t allow that to happen.