Slaven Bilic’s side earned a point (or lost a couple, depending on how you see things) at home against a fierce Stoke City team, as both sides tied at one goal this Saturday at London Stadium, a result that may seem fair for both team, but that saw West Ham let another victory slip right in front of them, today; we’ll take a look at the Hammers performances.

The Spaniard goalkeeper had several outstanding saves, but committed an absurd mistake that cost his team the victory. On top of that, he earned a yellow car following his childish mistake.

The Senegalese defender had another outstanding performance, providing a lot of confidence in the Hammer’s defensive end of the pitch, something that doesn’t happen very often.

The veteran was yet again a force in the air, winning most of his challenges and taking the danger outside of his box every time he was requested to do so. Age doesn’t seem to be an issue for the Welsh, who keeps locking heavy minutes.

Ogbonna had another nice performance, especially in the offensive end of the pitch, constantly showing himself and completing most of his passes, besides having a couple of nice shots that scared Lee Grant

The veteran had a really subpar performance, earning a yellow card and failing to find his teammates through most of the game. He seemed slow and uncomfortable playing against Joe Allen.

The Spaniard continues to thrive this season, being a very interesting player that keeps developing his offensive game. He would’ve been the man of the match if it wasn’t for Dimitri Payet. 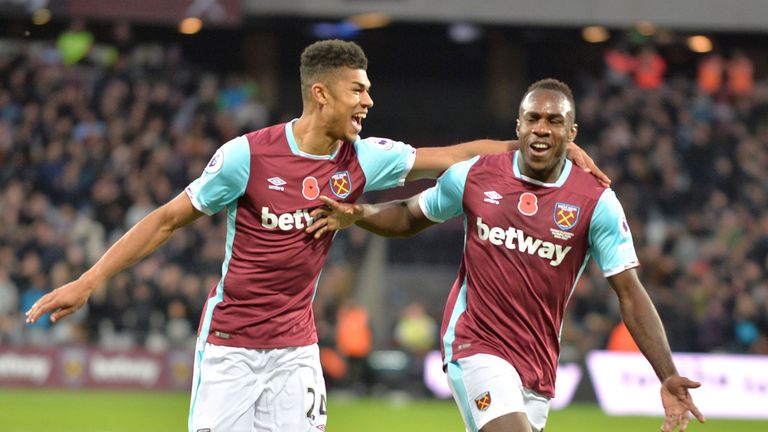 The speedster had another great performance and was even accounted with Whelan’s own goal, but eventually they decided not to. Antonio was all over the place and kept opposing defenders dizzy through most of the game.

Cresswell had a pretty decent game overall, as he didn’t make a big impact but chose the easy and smart play every time he had the ball in his feet. He won’t make any headlines, though.

The Argentinian didn’t do much in the game at all, so he had to be substituted by Fernandes at the 62-minute mark. Lanzini seems to play better off the bench than when he starts, but there’s no doubt about his talent.

Ayew’s kind of struggling to find his rhythm back after coming back from an injury, and he didn’t do anything at all today. He was part of the double substitution that sends Lanzini to the bench in order to bring Ashley Fletcher into the pitch.

The French star had another outstanding performance and his current level indicates that he’s more than ready to take a bigger step and get the hell away from this disaster of a team as soon as he can.