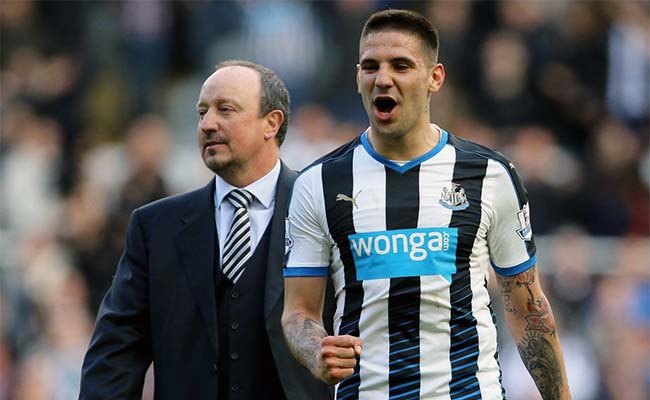 Did Newcastle make a big blunder by allowing the Serbian to leave the club in January?

Aleksandar Mitrovic had divided opinion on Tyneside for the past two-and-a-half years now and after failing to nail down a regular place in Rafa Benitez’s team, he has finally moved on to test newer pastures by signing for Fulham on loan.

Newcastle have struggled for a capable striker all season long with the likes of Ayoze Perez, Joselu and Dwight Gayle all used at different times in the No. 9 role. Fans of Mitro claim that he hasn’t had enough of a chance but this is nonsense.

Two years of training and games with Rafa is more than enough time to show what one can (or cannot) do. Hence, I personally have no issue with the Spaniard allowing the Serbian striker to leave.

The reason this decision is thrown back into focus is that Mitro has scored 3 goals in 6 Championship games so far while Newcastle, given loan striker Islam Slimani’s continued injury problems, still struggle in front of goal.  Statistics. Wonderful statistics.

Mitro has had a season-and-a-half of Premier League football and at no stage has he looked capable of scoring enough goals. Fulham play a very open, attacking style and do so at a much weaker level. There you go.

This move is best for all parties. In my opinion, taking the managers out of the picture completely, Fulham are a better football team than Newcastle United. They have better players as we speak right now. They attack with gay abandon and as a striker, why wouldn’t you want to be involved in that? It is something Fulham needed as well, after the flop signing of Rui Fonte, but Mitro is not something Newcastle need right now.

Although the local newspaper headline was infuriatingly misleading, Mitro has pointed out in an interview recently that Newcastle were “too tactical” for him, though a translation of that on social media by a Magpies’ fan hit the nail on the head reading “in other words, I couldn’t be bothered to do as the manager says”.

The aforementioned Newcastle forwards have their limitations of course, but they all work their socks off for 90 minutes while Mitro consistently carries himself like a player who will get bored after half an hour and kick somebody.

So, for those who want to ignore all the waffle and skip straight to the bottom; the simple answer to whether Newcastle made a mistake by allowing Mitrovic to leave is NO (but good luck to him!).