West Ham United were arguably the club on the up as of 2015, with a top 7 finish in the 2015/16 season, a new home in the London Stadium, a brilliant manager with a clear passion for the Club and a main man in Dimitri Payet the “Hammers” looked to try and break up the monopoly of the top clubs. Yet a season and a half on Payet was sold to Marseille, Bilic was replaced by Moyes and the London Stadium looks anything like a “new home.”

Despite this West Ham United under Moyes, who at both Sunderland and Manchester United looked out of his depth seriously put in a top-class display against Champions Chelsea. With a new look 3-4-3 formation with Cresswell in one of the three centre-back roles, the revitalised Arnautovic up front and a skillful Masuaku at wing-back Moyes’s reputation has been somewhat improved. 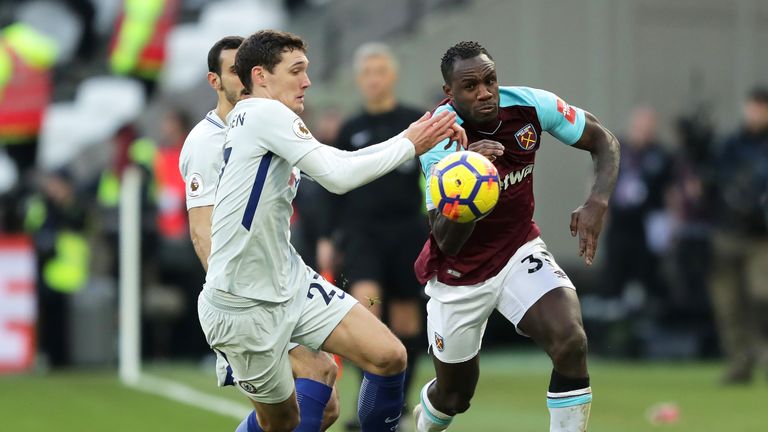 We all joke about David Moyes and his somewhat ineptness but if West Ham continue this brave, tactile form style of Football there is no doubt that the Hammers will get out of their tricky situation they currently find themselves in, but yet Moyes will still want to bring in reinforcements come January with Reading defender Liam Moore linked.

But the problems for West Ham all stem from off the pitch, while 28-year-old Arnautovic’s transfer finally looks to be paying off it is the club’s mentality that is all wrong. Some West Ham United fans and board alike believe West Ham United to be a “big club,” however that is far from the case. While a new 60,000 seater stadium certainly is special it does not mark a club out as “big,” it is off the field that a club needs to be marked out as a “big club.”

As a whole West Ham United’s transfer business over the last few seasons has been more like a comedy than the conduct of a professional football club, with transfer speculation coming straight from joint-owner David Sullivan’s son via Twitter.

“I couldn’t control David Sullivan, he is the owner of the football club and however negative you told him those comments might be from Jack, he was always going to give Jack that information and let him tweet it.” But all that may be about to change with boss David Sullivan seeming to realise his blunders in the transfer market, maybe none more so in the “war of the words” with Sporting Lisbon over the £40 million failed transfer of defensive-midfielder William Carvalho.  Now Sullivan vows for more professionalism in the transfer market, backing his new boss David Sullivan has recently banned the club from signing older players without telling David Moyes and vowed only young players will be signed in January.

Maybe it is this lack of creativeness in the transfer market that caused ex-boss Slaven Bilic to get the boot after signing too many old-timers such as 32-year-old Zabaleta, 29-year-old Javier Hernandez and 33-year-old Jose Fonte.

Despite wanting to be a “big club” the Hammer’s transfer business has more resemblance to a Championship club’s first venture into the Premier League.