Why Xherdan Shaqiri is an important player for Liverpool this season

Chelsea took on Liverpool on 6th May 2018 at Stamford Bridge. Liverpool had to get something out of this game as Chelsea were breathing down their neck for the 4th place in the Premier League table.

Olivier Giroud gave Chelsea a first-half lead and Jurgen Klopp needed to turn the game around in the second half. But Antonio Conte’s men had held Mohamed Salah, Roberto Firmino and Sadio Mane at bay and there were no decent options for Klopp to throw in as a game-changer.

Dominic Solanke was sent on as Liverpool looked for an equaliser but nothing materialised. Things took a darker turn when the impossible happened as Salah got injured in the Champions League final. Adam Lallana did come on and he is a good player but is he an explosive player who would come on and create a goal out of nothing for his team? Certainly not.

Experiences like these throughout the season proved to be a tremendous epiphany for Klopp, indicating that he needed a strong bench and more importantly, a strong, fast and explosive attacker.

Fast forward to the summer transfer window and in came Xhedran Shaqiri from Stoke City for £13m. To an outsider, this might not seem like a high-profile signing. Shaqiri got relegated with Stoke last summer and he is unlikely to start at right-wing over a certain Egyptian.

But what he provides to Klopp is an invaluable option either from the bench or in certain games, right from the very beginning.

In his last season with Stoke, he was easily their talisman as he scored 8 goals and provided 7 assists. It was his best season in England as it wasn’t easy to score for a Potters team that struggled to score goals or even create clear-cut opportunities.

Most of the times, he had to create his own goals. As the stats show, he scored 5 of those 8 goals from outside the box. He played both centrally and on the right and was equally effective. 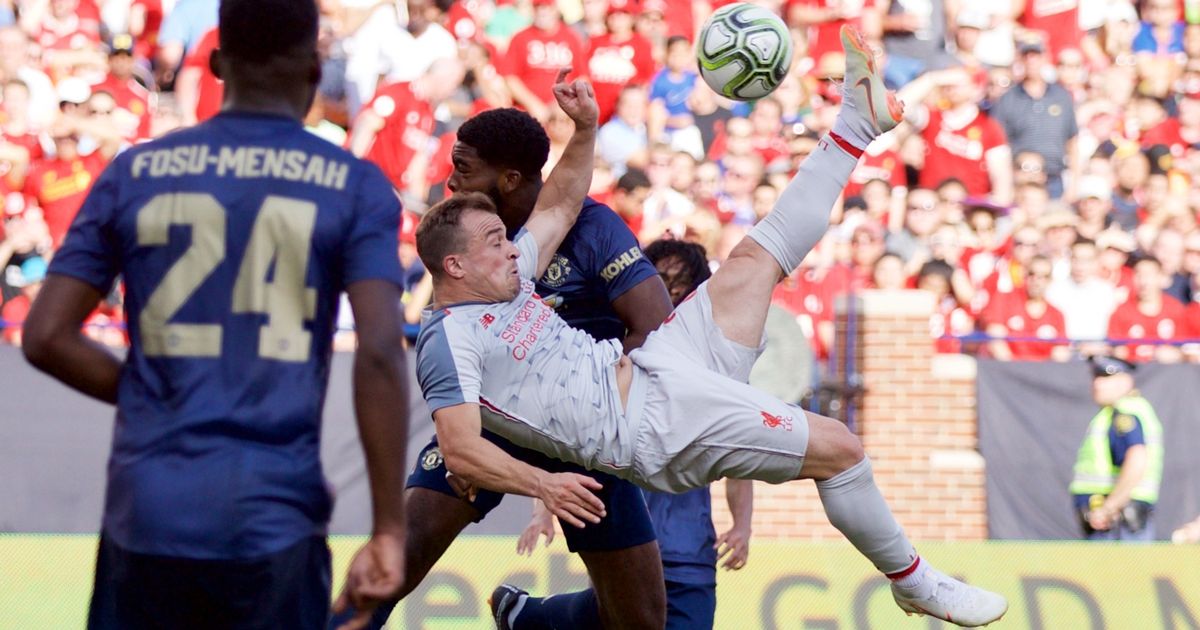 He completed 80% of his passes and had 32 shots on target. His creativity was on display too, as he completed 39 dribbles and made 77 key passes.

When he came on against Manchester United in the pre-season, he scored an absolute world-class overhead kick, proving that he is capable of working wonders for the Reds.

The title-winning United sides of yesteryears had the likes of Ole Gunnar Solksjaer and Javier Hernandez who came off the bench as super subs and had the ability to turn any game on its head. If Shaqiri can prove to be that uber differential of a player for Liverpool, Klopp can finally take that extra step with the Reds and mount a serious title challenge.