According to reports from the Scottish Sun, former Celtic defender Efe Ambrose has joined up with Frank Lampard’s Derby County team on trial and will train with the Rams, with the possibility of a permanent contract on the cards because he is currently a free agent.

He triggered a release clause in his contract with Hibernian in January and has since left the club. He is an experienced centre-half who has played over 150 games in the Scottish Premiership and would certainly add some much-needed composure to the Derby backline.

Derby are currently in the middle of a promotion dogfight which sees the 6th place and the 13th place separated by a mere 6 points, which leaves any team’s position in the table extremely vulnerable in case of even a tiny slip-up.

After their recent draw against Preston North End, Derby gave up the 6th spot to a rampant Bristol City on goal difference after they both ended the week on 47 points. The difference still remains the same despite Derby’s 2-0 win over Hull City.

Frank Lampard has done an excellent job since taking over at Pride Park and has built a team with the capabilities to attack and tear any Championship side apart but their shortcomings in the defence are quite glaring and there to be seen.

They currently have only two recognised centre-halves in the squad, which begs the transfer policy they followed in the winter. But as that is now past us, they must look for options to beef up an extremely bleak defence which is definitely incapable of holding out until the end of the season.

Fikayo Tomori, on Loan from Chelsea, and Richard Keogh remain the first-choice centre-halves but an injury or even fatigue could come to haunt Lampard in what is going to be a very crucial part of their season.

Efe Ambrose is a free agent and can be signed up at a low cost. Though he is 30 years old, the experience he can add to this side will be very useful. A veteran of the Scottish game, the similar playing style will also be a massive advantage to the Nigerian.

He has made 47 appearances for his country while scoring 3 goals and was in the Nigerian squad that went to the 2014 World Cup. His career has been diverse but illustrious and his footballing skills are certain to aid Derby’s promotion push. 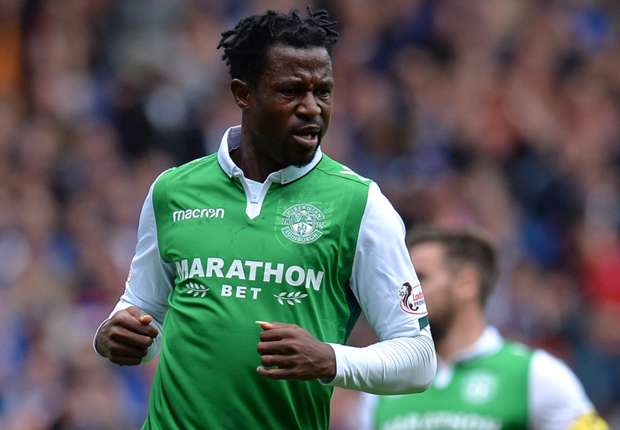 His defensive know-how and understanding of the game will help Derby tighten up in difficult away fixtures, while his calmness on the ball and ability to pick out a pass will boost their attacking ambitions as well.

He is a rugged, orthodox defender who likes to be aggressive. He is also a presence in the air, which will be huge going forward into this competitive Championship season. Lampard will be signing a seasoned campaigner in the Nigerian and this is a move that just can’t go wrong.