According to a report in Derby Telegraph, Fikayo Tomori has revealed that he is open to returning to Derby County next season.

The Chelsea defender had a great campaign at Pride Park on loan, where he was one of the key players in the Rams’ run up to the final of the Championship playoff.

The 21-year-old won Derby’s player of the year award, which shows how important he was to the team throughout the course of the season. He and Richard Keogh as a central defensive partnership just gelled together without much fuss. 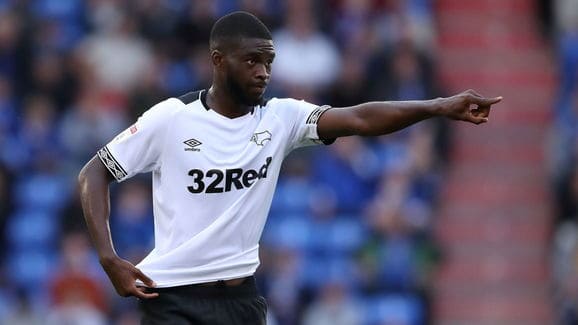 As of now, Tomori will prepare for the upcoming European Championship finals with England U-21s. When he was asked about the future, he didn’t really rule out a return to Pride Park next season. (h/t Derby Telegraph)

Here’s why Derby should offer him at least one more year of loan deal to the 21-year-old this summer:

Fikayo Tomori featured 47 times during the Championship until the playoff final and was the best centre-back for Derby. He and Keogh at the heart of defence were pretty good at most times.

In terms of attributes, the 21-year-old is right up there with the best emerging defenders in the country. He has an incredible turn of pace to match run of attackers, is good in the air, reads the game well and hardly puts a foot wrong while defending one-on-one against the attacker. All in all, the youngster is quite a player, who has massively improved this season. For that reason, Derby County should exercise a chance of getting him back at Pride Park, at least for one more season on loan.

The Rams do not have many options apart from Keogh and Curtis Davies, the latter of whom is suffering from a long-term injury. Hence, if they don’t get Tomori, then they might have to buy a new centre-back.

Therefore, it makes sense for Derby to chance their arms and make a move for Fikayo Tomori this summer. The player hasn’t ruled out a comeback, hence, the deal should just be done.