Why Crystal Palace must plot an ambitious move for Iago Aspas

Crystal Palace will definitely need to bring in a striker or two this month if they are to retain their Premier League status.

Roy Hodgson must bring in a goalscorer to solve his side’s woes up top. The Eagles’ last outing at home against Chelsea saw them fail to record a single shot on target, which clearly shows how badly the team needs a focal point in the attack.

To highlight Crystal Palace’s need for a striker further, their top goalscorer after 20 games is club captain Luka Milivojevic, who has five goals to his name this season – four of which have come from the penalty spot.

A long-term injury to Christian Benteke has seen Hodgson use Wilfried Zaha and Andros Townsend up front. Zaha and Townsend have done well up front but they are different animals when starting on the left and right flanks respectively. That said, it’s important the south Londoners sign a striker and Hodgson should target Celta Vigo star Iago Aspas.

Iago Aspas, 31, has spent most of his career with Celta Vigo since making his debut for the club back in 2008. He had a spell to forget with Liverpool as the diminutive forward failed to adapt to the Premier League demands.

However, the 31-year-old has managed to get back his career on track and has been a prolific goalscorer in the last two La Liga seasons.

And Iago Aspas has hit the ground running this season as well, bagging 10 goals and two assists in 17 league outings. Now that the Spaniard is playing at his prime, it would make sense for Crystal Palace to hand him a second chance in the Premier League.

A pacey, agile and intelligent centre-forward, Iago Aspas can also play as a second striker or on the right. He can certainly hold on to the ball, make space for himself and his teammates and use his sudden burst of pace to terrorise the defenders.

The Spanish international has a powerful left foot which is capable of finding the net with pile drivers from outside the box. 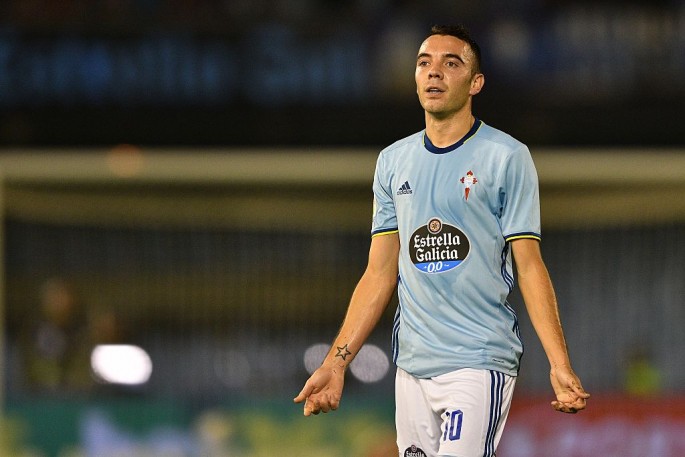 The 31-year-old is a poacher in every sense, making him a tricky customer to deal with. Aspas may not be the most physically blessed strikers but he has a knack of being at the right place and at the right time to get on the end of crosses and through balls. Furthermore, he is a clinical finisher and can set up his teammates with inch-perfect crosses into the box.

Palace need a quality player up front to link up effectively with the likes of Zaha and Townsend, and Aspas certainly has the necessary skills to do that job. That said, Hodgson must bring the pocket-sized Spaniard to Selhurst Park this month.