After finishing as Crystal Palace’s top scorer in all competitions for the third season in a row, Dwight Gayle moved to Tyneside in 2016 to join Newcastle United.

The Englishman was an instant hit with the Magpies and was one of the biggest reasons why Newcastle came back up to the Premier League in their first attempt.

Gayle scored a stunning 23 goals in the Championship in his first season at St James’ Park and was a real hero. However, on his return to the Premier League, Gayle struggled. He scored just six goals in 35 appearances which resulted in the club loaning him out to West Brom in the following season.

Once again, the former Palace forward was a star in the Championship, where he scored 23 goals and assisted a further 8, which helped the Baggies make it into the playoffs.

His absence in the second leg due to suspension cost them a chance to reach the final but his impact in the season cannot be questioned.

However, West Brom have confirmed that Gayle will return to Newcastle United due to their inability to pay his wages. The 28-year-old’s chances at St James’ Park is another huge question mark due to his previous problems in the Premier League.

The Englishman has struggled to replicate the goalscoring prowess that he has proved time and again in the Championship back in the Premier League, which has dented his hopes of being a regular for the Magpies. 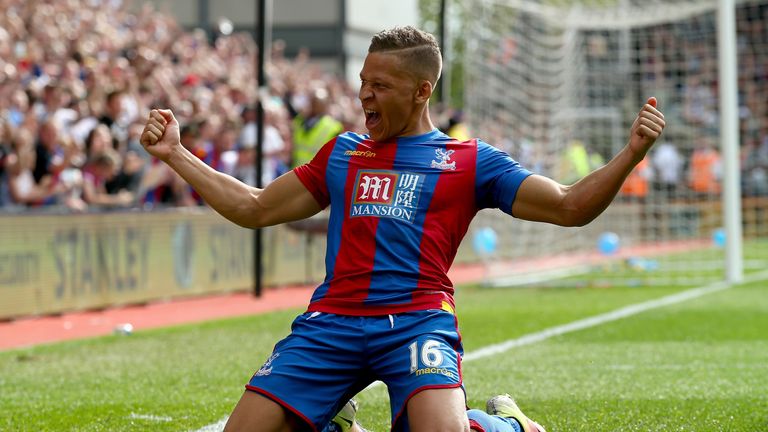 Despite his problems in the top-flight, Gayle is more than capable of finishing chances and he would be a very good addition to any side if managed properly. One club where he is certain to feel like home is his former club Crystal Palace.

Gayle made his name at Selhurst Park during his three years at the club and he would fit their style of play brilliantly. Roy Hodgson has mainly relied on Zaha’s pace on the counter-attack and the addition of Gayle further bolster their attack next season.

Gayle knows what will be expected of him as a Crystal Palace player and he will have no problems fitting right in. Palace desperately need a new forward with Michy Batshuayi set to return to his parent club Chelsea in the summer.

Benteke has been extremely disappointing, while Ayew has also struggled for goals. Gayle would solve a key problem that Palace have been facing this season and his ability to create goals as well as to score will take Palace a long way into achieving their ambitions next season.

Crystal Palace’s need for a new striker has been overly evident this season and re-signing their prodigal son could potentially solve their problems next season.

Gayle’s pace and dribbling skills make him a perfect fit for Roy Hodgson’s counter-attacking style of play and his work ethic will go down brilliantly with the Eagles’ fans next season.