According to a report in Daily Mail, Premier League side Crystal Palace have identified Aston Villa’s Jack Grealish as one player, who can fill the potential void, if they were to lose Wilfried Zaha in the summer transfer window.

The Eagles are ready to let the latter leave the club and they value him around £80m. Hence, the money received from that sale would be invested to sign Grealish from Villa (h/t Daily Mail).

The Championship star has been linked with Tottenham for some time now, but Palace have ignited their interest in him and are keeping a close eye on his development a Villa Park (h/t Daily Mail).

Here’s why Roy Hodgson’s men would do the right thing by signing Grealish in the summer: 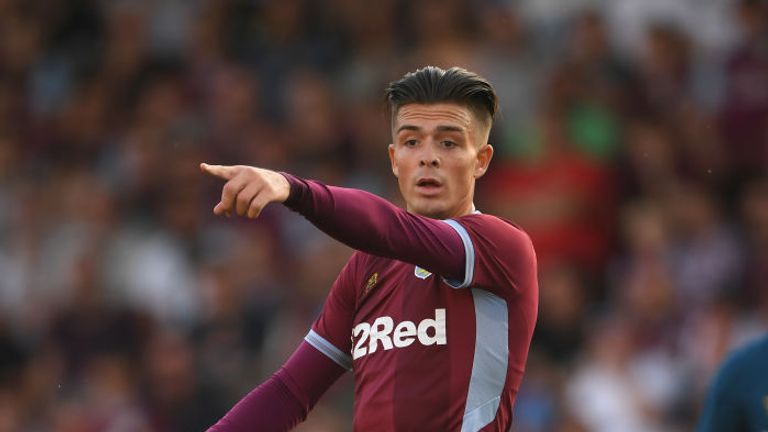 Grealish can improve creativity in this team

Predominantly an attacking midfielder, Grealish can play on either wing or also as one of the attacking central midfielders in a 4-1-4-1 formation.

He has the ability to create chances from attacking midfield and score goals to help the team as much as possible. (six goals and six assists in 30 league appearances this season).

The 23-year-old has been one of the stars of Aston Villa for some time now. Furthermore, his numbers have been pretty good this season. With a pass success rate of over 87%, we can tell that he is very safe on the ball and won’t give possession away cheaply.

The dribble rate of 1.7 and a key pass rate of 2.4 per game shows that the Englishman is pretty good at taking people on to create space for a pass or shot towards the goal. (Whoscored)

Hence, we can say that Grealish has done enough in the Championship to warrant that he would fare very well in the Premier League. For that reason, if Palace lose Zaha, which looks more of a certainty now, they would be right to sign the Villa man.

Roy Hodgson prefers to work with young players who have the talent to shine on the big stage. Grealish is one such player who can thrive under the Palace boss. Hence, the club should sign him in the summer transfer window.