Why Crystal Palace should sign Javier Hernandez from West Ham

According to the Express, West Ham United will be offered a chance to offload ex-Manchester United striker Javier Hernandez in the January transfer window. The Mexican international has struggled for form and regular game time at the London Stadium since joining the club from Bayer Leverkusen last summer.

Chicharito had a fruitful spell in Germany, where he rediscovered his scoring touch which was reminiscent of his time at Old Trafford. However, he has grappled to really make an impact in east London.

As per the report, it is viewed that the 30-year-old is not good enough to lead the line of a modern Premier League team. However, the striker’s instincts of being at the right place at the right time to score goals are unbelievable and he is viewed as a perfect substitute striker. Hernandez is not happy with the bit-part role and is looking for a move.

One team that plays an old-fashioned 4-4-2 football under old folk Roy Hodgson is Crystal Palace. If the Mexican striker is not suited for modern teams, he can certainly be an excellent addition to the Palace side under the former England manager. Here’s why: 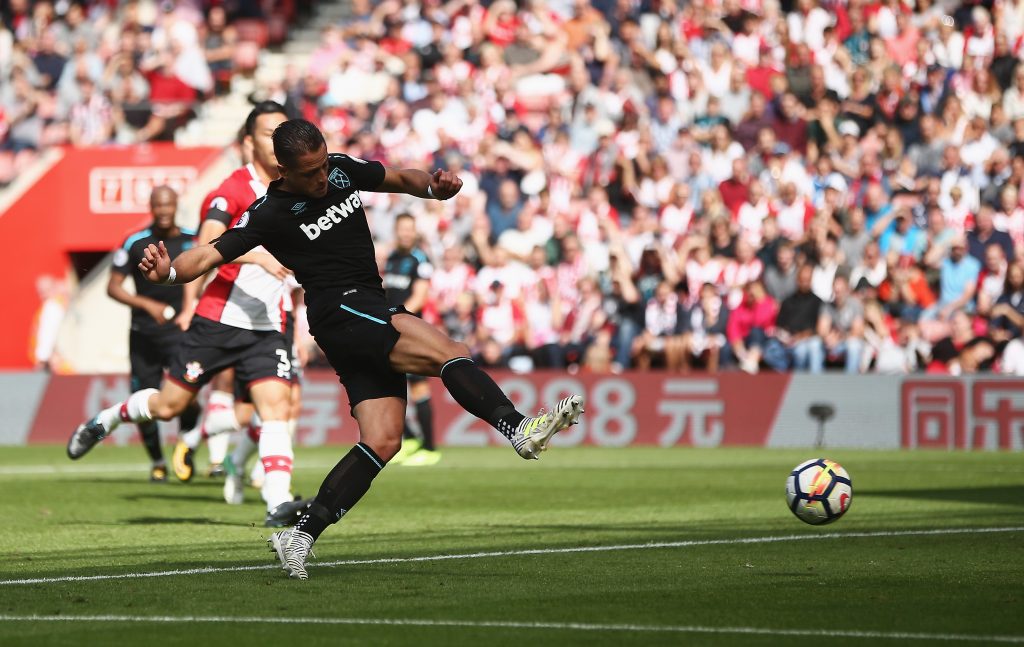 Hernandez – A goalscorer that Crystal Palace are craving for

Crystal Palace have struggled for goals this season, having only netted eight goals in 12 appearances. The dependence on Wilfried Zaha to create and score goals is beyond ridicule now. Whenever the talismanic winger doesn’t play, the Eagles tend to lose and not score.

To survive in the Premier League for a long period of time, they need a striker who can score at least 10-15 goals a season and provide them with the X-factor up front.

Javier Hernandez is a perfect fit for them just because of the 4-4-2 system that Hodgson plays, which could aid the Mexican to be lethal in front of the goal with support alongside him.

The 30-year-old’s ability to be in the box at the right time means the crosses fed in by Andros Townsend and Wilfried Zaha won’t be a waste.

The former Manchester United striker can partner with Zaha up front and terrify the defenders. Both players can complement each other very well, partly because of the different attributes they possess on and off the ball.

Read More: Crystal Palace can strike gold if they manage to capture this talented Tottenham youngster

The main thing from Crystal Palace’s perspective is that Hernandez can score goals if he starts every game, which hasn’t been the case with Christian Benteke, Jordan Ayew or Alex Sorloth. Hence, the Eagles should keep close tabs on the situation surrounding the player at West Ham and make an offer for him in the January transfer window.