According to the Sun, Bayern Munich striker Sandro Wagner, who wants a move away from the Allianz Arena in January, is the subject of a transfer tussle between London clubs West Ham and Crystal Palace.

The 30-year-old German, who is valued at £6million by the Bundesliga giants, has struggled for regular minutes, being largely used as an understudy to Polish striker Robert Lewandowski.

And the same report claims that the former German international is keen to try his luck in the Premier League, which has put the likes of Palace and West Ham on red alert ahead of the January transfer window.

A successful 2016/17 season with Hoffenheim which saw Wagner score 11 goals in the Bundesliga, earned him a move to Bayern in January 2018 but he hasn’t been able to displace Lewandowski as the team’s No.9.

The 30-year-old has made only 26 appearances for the German giants across all competitions over the course of one and a half seasons, finding the net on 10 occasions. 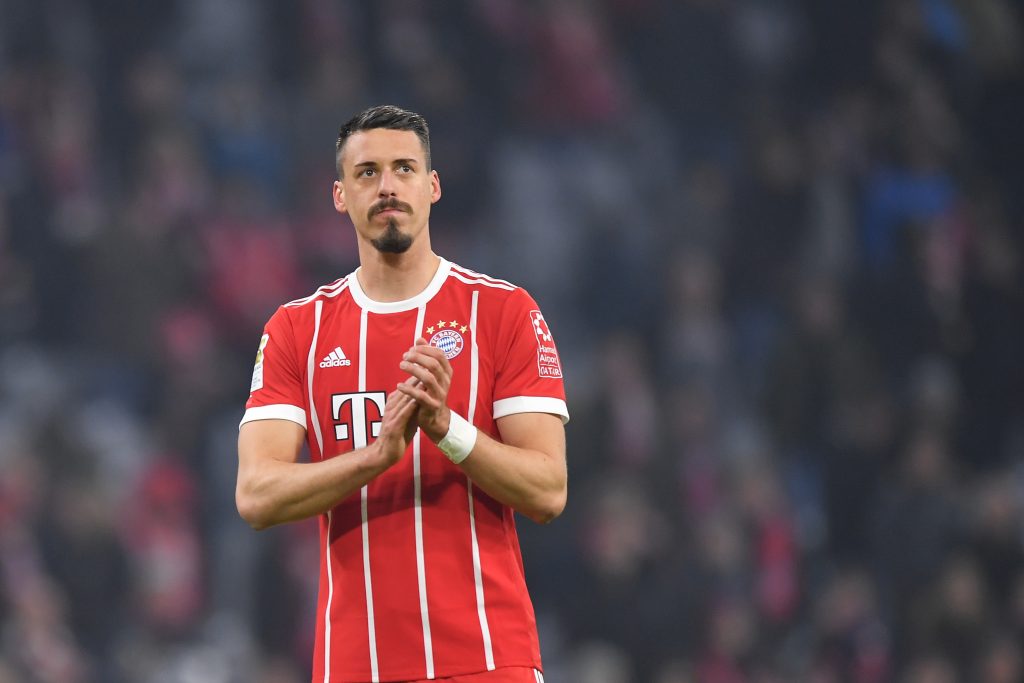 Standing at 6ft 4in with a sinewy frame, Wagner’s primary attributes as a centre-forward are his strength and aerial ability.

Wagner is neither the most agile nor does he boast of an exceptional pace to outrun his defensive counterparts. However, he makes up for it with his sound technique and good close control in tight areas.

Using his massive frame to shrug off the defenders, Wagner is adept at holding on to the ball in the final third and has the ability to bring his teammates into play with subtle flicks and layoffs. In other words, he excels with his link-up play.

Blessed with the perfect instincts of a centre-forward, Wagner has the awareness to make intelligent runs behind the opposition’s backline with an uncanny knack of getting himself on the end of crosses and through balls. The German’s ability to get off the ground quickly and time his jump to perfection makes him a potent aerial threat from set-pieces. Furthermore, his ability to find the net from outside the box makes him all the more dangerous in the final third.

Meanwhile, both West Ham and Crystal Palace need to strengthen their attack in January. The Eagles have been hit hard by the injury to their talisman Christian Benteke, leaving manager Roy Hodgson short of options for the No.9 role.

Palace are currently placed 16th in the standings and have a dismal goalscoring record of 8 goals from 13 games, which further epitomises the need of a striker.

Loanee Jordan Ayew has worked hard without much output while Andros Townsend hasn’t been able to rise to the occasion to cover for the absence of Benteke, leaving Wilfried Zaha to cut an isolated figure up front more often than not.

West Ham, on the other hand, need someone to complement Marko Arnautovic up front as Javier Hernandez has largely underwhelmed this season and Andy Carroll is too injury-prone to rely upon.

That said, Crystal Palace should beat their London rivals to complete a cut-price deal for the German centre-forward. Still only 30, Wagner has a lot to offer at the highest level and his experience and pedigree as a centre-forward will definitely help the Eagles to avoid the drop.