Crystal Palace, despite their heroics this season, have had massive problems up top. With just 1 goal from their 3 strikers in the league, Roy Hodgson was forced to sign a forward in January and in came Michy Batshuayi on loan from Chelsea.

The Belgian has been productive up front with 2 goals in 3 starts. But with a return to Stamford Bridge in the summer looking likely, Palace need to hunt for a forward in the summer. To that end, Club Brugge’s Wesley Moraes is a fantastic option.

Having come through the ranks at Brazilian outfit Itabuna, Wesley moved to Slovakian side AS Trencin in 2015. After an unsuccessful stint at the club, Brugge took note of his potential and signed him in January 2016 and he has since been immense for the Belgian side.

Wesley isn’t a conventional Brazilian forward by any means but is a proper goalscorer. Somewhat similar to German legend Miroslav Klose, the 22-year-old is a poacher and specializes in scoring from inside the box. His reading of the game is immaculate and always seems to be at the right place at the right time.

Standing at 6 feet 3 inches, Wesley is a dominant figure in the box and rarely comes second best in aerial duels. His incredible strength allows him to shrug off defenders with ease and hold up the ball for a considerable amount of time, even when challenged.

Despite lacking the Brazilian flair of skills and trickery, the 22-year-old uses his quick feet to give himself a yard of space before unleashing a deadly strike. His possesses a powerful right foot and despite scoring most of his goals from inside the box, he has the ability to unleash unstoppable strikes from a distance. 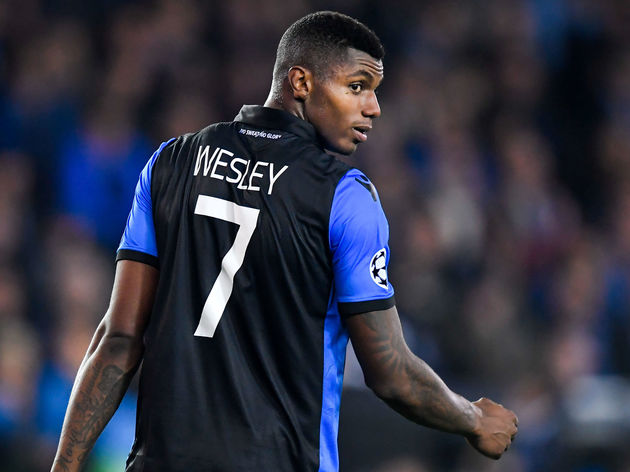 Another massively important trait of Wesley is his contribution to set-pieces. The Brazilian’s ability to score with his head is quite obvious, considering his height. But his willingness to help his side out defensively in corners and freekicks makes him a real asset.

Wesley would be a smart addition to Crystal Palace and would thrive with the likes of Wilfried Zaha and Andros Townsend on either side of him. He would be a massive upgrade to Christian Benteke and is more effective at linking up as well.

Roy Hodgson desperately needs a new forward in the summer and would have to shell out a decent amount in order to get a productive finisher in today’s market.

Wesley Moraes’ addition in the summer would be the missing piece in the puzzle for Palace. A goalscorer of his calibre will certainly push them to a top-half finish in the Premier League.