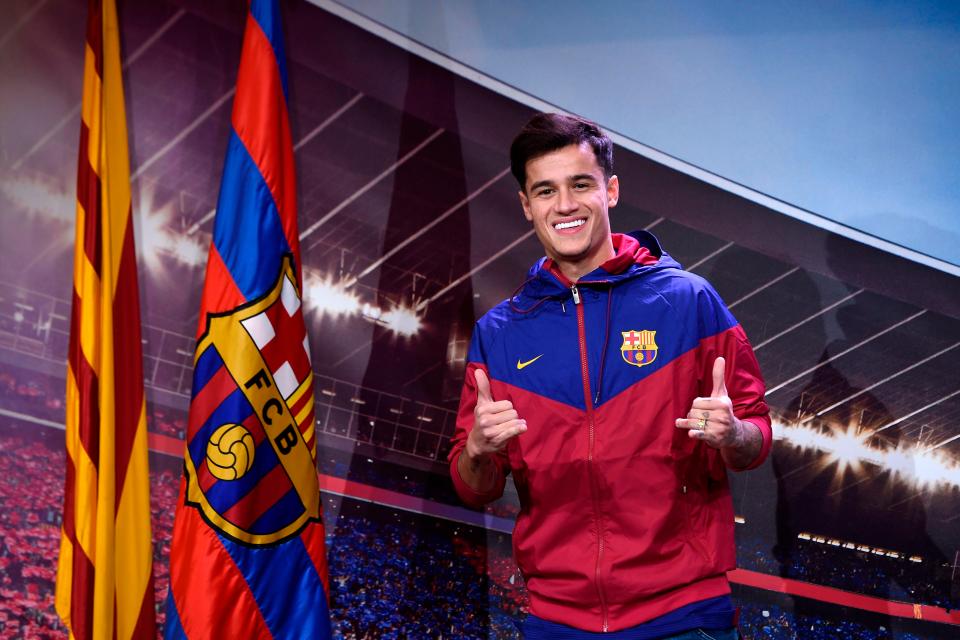 (Coutinho smiles in new Barcelona colours as he seals his long-awaited move, or it could be the fact he doesn’t have to play with the likes of Jordan Henderson and Dejan Lovren anymore)

One of my first articles for SoccerSouls was about a talented little Brazilian with dazzling skills and a very large price tag attached to his name, the £198 million man in question is now PSG starlet and former Barcelona man Neymar.   5 months on and it seems that fellow Countryman Phillipe Coutinho has followed suit with Coutinho finally sealing his “dream” move from Liverpool to Barcelona in another £142million mega-deal.

Coutinho was linked to a transfer to the Catalan side in the 2017 Summer transfer Window with Liverpool rejecting an initial £72million bid and a staggering £90million bid for the 25-year old who cost the Reds a measly £8.5million, but Klopp dug his heels in and as the summer transfer window slammed shut Coutinho remained firmly in the Premier League.

Since making his debut in 2013 the Brazilian’s stock has dramatically risen, with his flair, pace and tricky feet Coutinho became a household name and a much-loved figure among the Anfield Faithful during his fruitful  4 years in Liverpool, but Reds fans always knew that his eye-catching performances would draw the unwanted attention of European Super giants with PSG, Real Madrid and Barcelona all long-term admirers of the former Inter Milan “reject.”

Klopp and the Liverpool Transfer committee should be commended for holding onto the versatile Brazilian for so long and commended even further for managing to get the best out of Phillipe after his proposed move was blocked. Despite Mohammed Salah stealing most of the headlines this season “Little Phil” managed to net 7 goals and a further 6 assists, and while by no means he has not been the main man this season Coutinho has proved his worth with his ability to play out wide, just behind the striker or even as a centre-midfielder making him almost unplayable at times over the last few seasons.

With the arrival of Mohammed Salah, Sadio Mane, Roberto Firmino, Alex Oxlade-Chamberlain and the forthcoming signing of RB Leipzig Star Naby Keita (signing for £48 million on a pre-contract agreement) there is a wealth of attacking players at Klopp’s disposal, so there is not really the insurmountable pressure to be “Liverpool’s main man” this campaign. Coutinho will be heading to a Barcelona side almost in as much red hot form as he is sitting comfortably in 1st place a full 9 points ahead of 2nd place Atletico Mardid, and a further 16 points ahead of bitter rivals Real Madrid with Zidane’s men sitting in a lowly 4th. 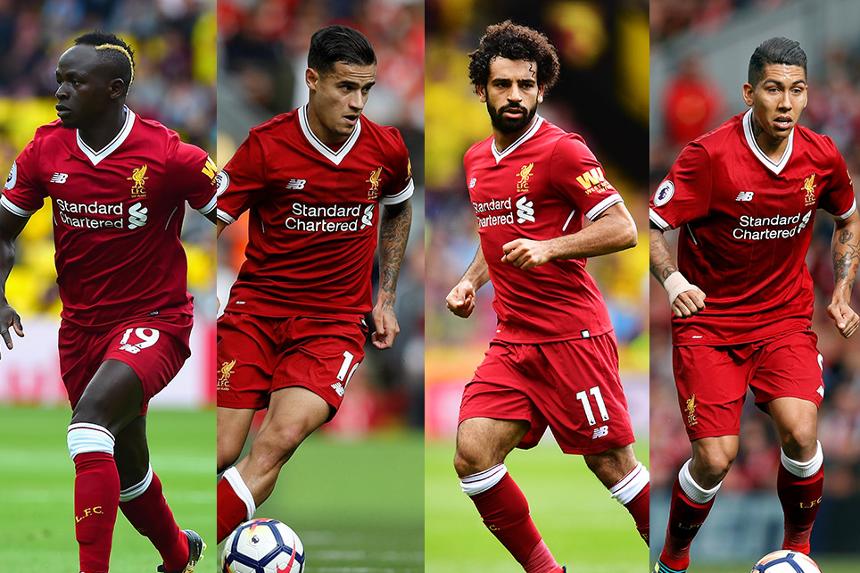 Coutinho has been the long-term replacement for an ageing Andres Iniesta who at 33 years old may now be looking to life after football who while making 14 appearances this season is not at the height of his powers that made him so revered by opposition defences, Coutinho would in actuality fall into that centre-midfield role in a revitalised 4-2-3-1 formation once again putting emphasis on the Barcelona midfield that made them so revered in the early 2000’s.

Yet Coutinho’s arrival could spark Croatian Midfielder Ivan Rakitic to leave the Camp Nou, and one of his potential suitors could be Liverpool who also look set to lose Emre Can in the Summer to Juventus on a free transfer, Rakitic obviously isn’t impressed with Barcelona’s latest acquisition hitting out of the high price. Yet don’t fret Barcelona fans Rakitic is as much as an admirer of Coutinho as the club are stating in Early December 2017 ” “Every good player is welcome. So we have to say the doors are open for every good player – and Coutinho is a good player!”

While Coutinho has been a long-term target for Barcelona the fans will have to wait a while longer to see him play with the attacker injured for 3 weeks with a thigh injury, and ineligible to play in the Champions League this season due to his exploits with Liverpool in their first Champions League venture since the 2014/15 season. The little magician that graced Anfield will now switch from Number 11 to one of the vacant numbers of 7, 16, 24 and interestingly even the coveted Number 14 shirt at Barcelona, a number previously donned by one such Johan Cruyff;  yet it is more likely that Coutinho will don the Number 7 this season.

His fantastic free kicks, speed and dazzling skills will be long in the memory of the Anfield faithful with Liverpool hoping they won’t have to play against their former man anytime soon, and probably won’t be resigning him in the foreseeable future with the Brazilian under contract until 2023 with a £400million buyout clause. Barcelona next face 14th placed Celta Vigo in La Liga in a matchup that could see them undoubtedly Champions-elect if results go their way.

What will life be like now for Coutinho-less Liverpool? Well it seems is seriously savvy business for Klopp’s men allowing them to reacquire the funds they splashed on the long-awaited arrival of Summer Transfer target defender Virgil Van Djik’s fee for £75 million now seemingly paid back with interest; and like his namesake in which he shares with Virgil Tracey from hit TV show “Thunderbirds” the Dutch International came to the rescue in a FA Cup clash against local rivals Everton nodding one home late into the game a mere 10 days after signing!

With a cool £67 million left to play with the Reds are monitoring a number of players including West Ham’s Manuel Lanzini, highly sought after Thomas Lemar from Monaco and even Leicester City winger Riyad Mahrez with a deal for the latter reportedly close; yet these rumours have been quelled by Liverpool themselves as they are looking ahead to their next fixture against the sheer unrelenting force of Pep’s Manchester City a tough match by any circumstance especially now without such a great player like Coutinho!

Coutinho is no doubt a long-term investment for Barcelona, his £142million is not a drop in the water by any means even for a super-club like Barcelona and Coutinho will have to live up to the pressure of being the most expensive player in Barcelona’s history. But if he can handle the pressure as fellow countryman Neymar is doing the little magician will have no need to fret at all. While his time at Anfield is over, a new era begins for Liverpool. Gone are the questionable transfer decisions of manager’s past, Liverpool now drive a hard bargain and are investing in problem areas such as the defence. A new dawn is upon Anfield, and upon Jurgen Klopp, it seems to be a bright and fruitful one.