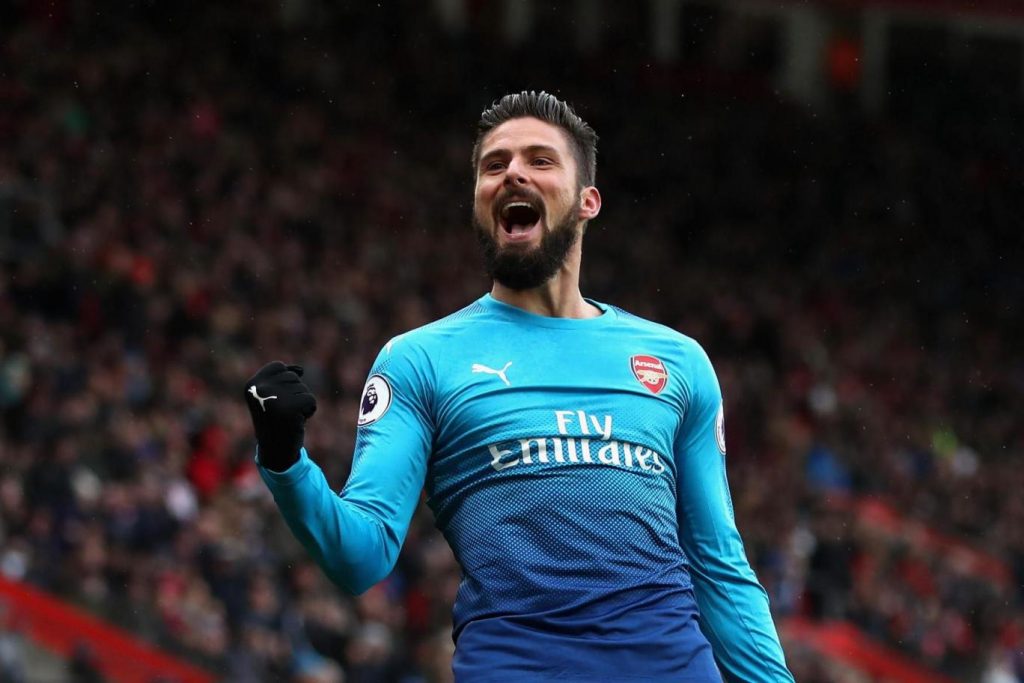 Olivier Giroud joined Chelsea on deadline day as Antonio Conte’s long search for a proven target man ended successfully. Since the departure of Diego Costa, Chelsea have lacked serious firepower in front of goal. But now they have a proven goal scorer in their ranks with six years of Premier League experience and 73 goals in the English top flight. With Álvaro Morata thus far failing to set the league alight at Stamford Bridge, and Giroud looking to muscle his way into the French World Cup squad, could the former Arsenal man emerge as the Blues’ first-choice forward?

Pundits are already suggesting that Conte may have done the best bit of business in the three-way transfer triangle between Chelsea, Arsenal, and Borussia Dortmund. In order for Arsene Wenger to sign Pierre-Emerick Aubameyang, the Bundesliga side needed a new striker to replace the Gabon international. Chelsea loaned Michy Batshuayi to the German club, and replaced the Belgian by signing Giroud for a reasonable £18 million.

This could work out well for Chelsea, as Batshuayi is likely to walk straight into the Dortmund side and get some much-needed playing time. The former Marseille star has failed to fit in at Stamford Bridge up to this point, but could prove to be a useful player to have on the books in the years to come. He could also find that his speed and strength are ideally suited to the German top flight, where he could make an immediate impact. Bayern Munich are odds-on favourites at around 1/250 in the Bundesliga betting to win the league this season, and Dortmund are way behind. But Batshuayi could help the Westfalenstadion club push for a top-four finish.

Giroud is another player who could make an instant impression. With Morata recently ruled out due to a back injury, Eden Hazard has led the line for the Blues. But this is not the midfielder’s natural position, and it is thought that Conte’s side would operate more effectively with a traditional centre-forward in their ranks. But even when Morata has been fit, he has struggled to adjust to the English top flight. The former Real Madrid striker had 10 goals to his name after 18 games. In comparison, Liverpool’s summer signing Mohamed Salah had bagged 14 in the same timeframe, and is technically classed as a midfielder.

If Conte decides to stick with Morata as his first choice striker, then there is no doubt that Giroud would be extremely useful as an impact sub who comes on late in games. But there is also a chance that the French international could flourish in a Chelsea side which features so many players who are adept at crossing the ball into the danger area for a target man of his stature. Giroud has four goals in 375 minutes of league football for the Gunners this term, which are excellent returns in anyone’s book.

Giroud’s move to Chelsea could be ideal for both the player and the club. The Blues need a reliable source of goals, and the 31-year-old needs to push for a place in Didier Deschamps’s squad for Russia. It wouldn’t be surprising to see Giroud become Chelsea’s first-choice striker for the remainder of the campaign.