Chelsea’s most important players at the opposing ends of the pitch are set to commit their futures to the club by putting pen to paper for new and improved contracts, and this development bound to keep the Blues’ transformation under Antonio Conte in steady progress is no doubt one of the best things that can happen to the west London club in recent times.

Diego Costa and Thibaut Courtois both signed 5-year -deals in the summer of 2014; the former, upon his acquisition from Atletico Madrid for £32 million, and the latter upon returning from a 3-season long loan at the Vicente Calderon. They are just 2 seasons into their current contracts, so the extension is coming 3 years earlier to the expiration of their deals.

But it’s a preventive measurement type of deal considering the doubts that have surrounded their future at the club as of recent, most especially Costa’s. Since last summer, the 28-year-old has been linked with a return to Atletico, and he has always expressed his desire to do so.

And that was highlighted when the player suggested to fellow Spain international Sergio Ramos, just before a preseason clash between each other’s club that he would love a return to the city of Madrid, but that he was being blocked from doing so by his current employers.

The revelation suggested that the player was being forced to remain at Chelsea against his wishes, but that thought was quickly discarded after Conte had convinced the Brazil-born striker that he was going to remain his first-choice option.

The Italian also made Costa aware of his plans for the club, sparking a belief in the forward that he remains a very important player for Chelsea that can help return the EPL title to the Stamford Bridge under his reign. And from the look of things, it is proving to be so. 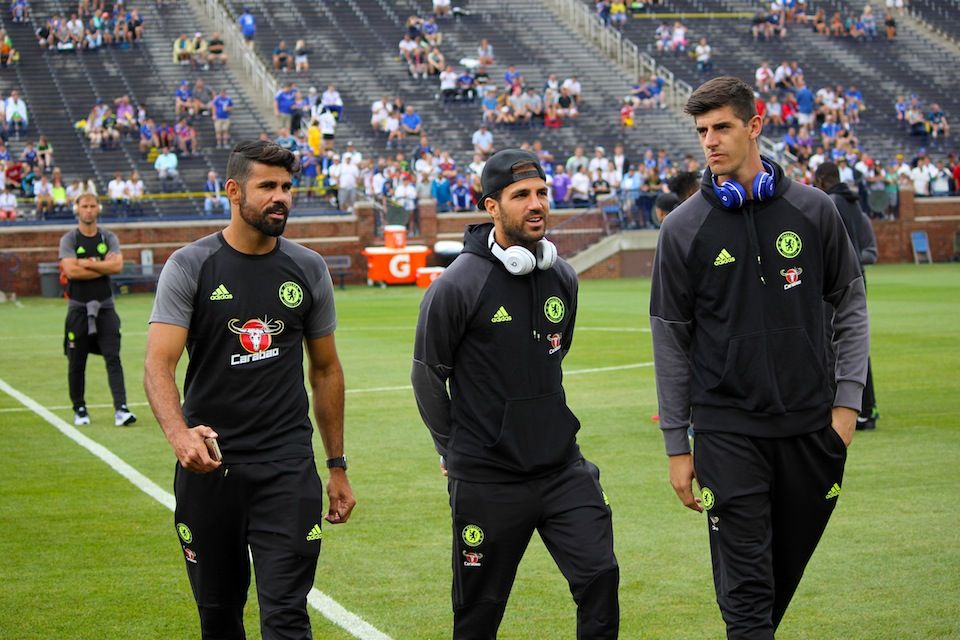 After 10 league goals from his end, Chelsea sits atop of the league. Win the title or not this season, returning to the Champions League is of utmost priority to the club, and they need to shoot off advances that will come Costa’s way from other clubs, especially Atletico Madrid or any other Diego Simeone-led side in the coming seasons.

Retaining such a player is definitely going to assure the club of winning silverwares from now till the end of his renewed contract. With the tutelage of Conte, who has already helped him channel his aggressive nature against players, which often sees him enter the referees’ books at will into more useful causes, his current form in front of goal looks to be only the beginning of how lethargic he will end up being with his striking abilities.

At the other end, Courtois’ future also looked shaky after he declared some months ago he would love to return to Atletico. While that is still very feasible for the 24-year-old, agreeing to a new improved and extended deal beyond 2019 means he wouldn’t be leaving Chelsea at the prime of his powers.

The form of the Belgian has been great in between the sticks this season, even though he has only been tested just 17 times since the start of the new Premier League season. Yet, it can’t be denied that he gave his best whenever he was called into action, and he has kept 7 clean sheets as a result.

So, while goalscoring is important to Chelsea’s title ambitions, goalkeeping is as equally noteworthy, and in keeping one of the best safe hands in the EPL for some seasons, they are setting the groundwork for a trophy haul in the long-term.

With the duo more than glad to remain with the club beyond their initial contract expiration periods, it is no doubt one of the best things that can happen to Chelsea at the moment.