Predicted Chelsea Lineup To Face Arsenal In The Carabao Cup

Chelsea travel to North London to complete their third meeting of the month with arch-rivals Arsenal in the second leg of the Carabao Cup semi-final. It is sure to be an exciting, exhilarating edge of the seat thriller as both teams have looked to put their foot on the accelerator and attack against each other.

From the draw in the Community Shield (which Arsenal won on penalties) to their latest 0-0 stalemate in the first leg at the Bridge, the intent has been clear from both sides. Last time these two met at the Emirates, it was a nail-biting contest, where the Blues let go of the easiest of chances through Alvaro Morata.

The Blues will know full well that this isn’t a pleasant place to play and a home advantage gives their opponents a slight upper hand. Nevertheless, a score draw would be enough for the Blues to progress.

Alvaro Morata and Pedro will be back in contention after having received silly second yellow cards against Norwich City in the FA Cup replay. Cesc Fabregas and Danny Drinkwater are sidelined due to hamstring issues. Thibaut Courtois had ankle complaints but should return for this big game.

Andreas Christensen took a meaty blow to his head and is mostly not available for this one. Gary Cahill is ruled out. Ross Barkley, the new boy, is yet to make his debut but is fit and ready to go. 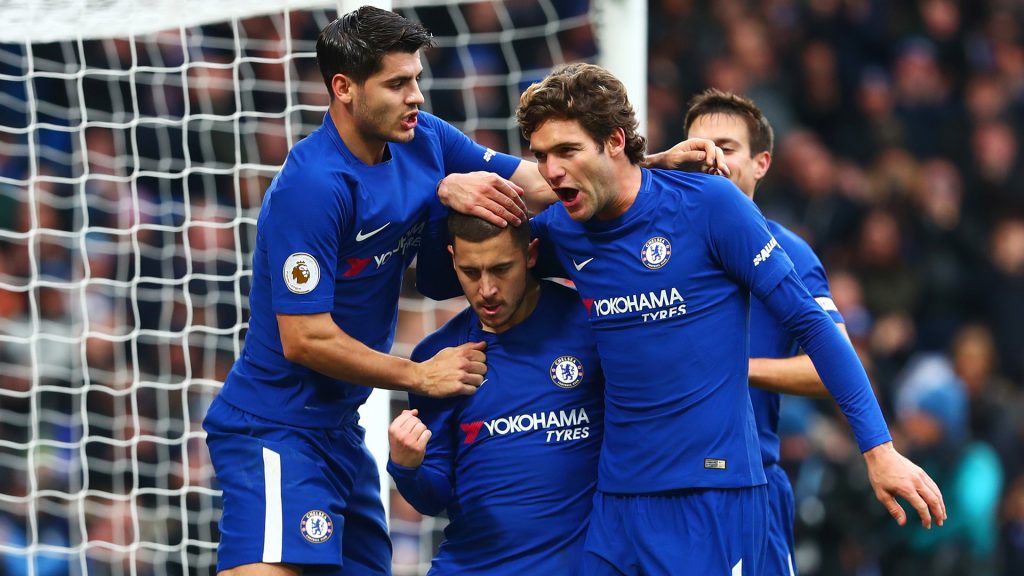 Conte will not bother making too many changes and should play his full strength squad with the currently available players. They will go out there and try to score a goal first, without the need of too many substitutes.

Courtois should return in goal to keep their super defensive record in the recent past.

Rudiger is settling in well into this side and is performing smartly whenever required. He is safe and sound.

Luiz should return to the heart of the defence. He had a decent outing against Brighton after having been substituted in for Christensen.

Azpilicueta will have to stand up once again, wear the armband and lead from the front despite having played all game against Norwich and against the Seagulls.

Alonso has shown his fitness levels as he is the only left-back in the side apart from the out of favour Kenedy. He is the best crosser in the side, a free-kick specialist and a nightmare when on song, further up the pitch.

Another one who needs rest after this game but he will have to fight out there, win the 50-50 duels, break the Arsenal attack and help the forwards.

Might surprise a few but since Bakayoko has tied a string of poor performances together, Conte might hesitate to field the Frenchman. Barkley’s work rate, tackling ability and long distance shooting are scintillating.

Moses is hard working, supportive of the forward play and is only getting better defensively under the guidance of his manager. Having got his first goal of the season, the wing-back will be full of confidence.

Hazard will have to step up to the occasion. If he turns out to be the best player on the pitch, a ticket to the finals is a guarantee.

Willian has been stunning in recent weeks and has earned his place over Pedro in the side whenever Conte has chosen to play three up front. His interchange and chemistry with Hazard are top-class. The Brazilian is a counter-attacking threat, an excellent technician and a dribbler.

He is goalless in six games and has struggled to finish off chances. Morata will have to push the monkey off his back and convert against Arsenal as the final is at stake.