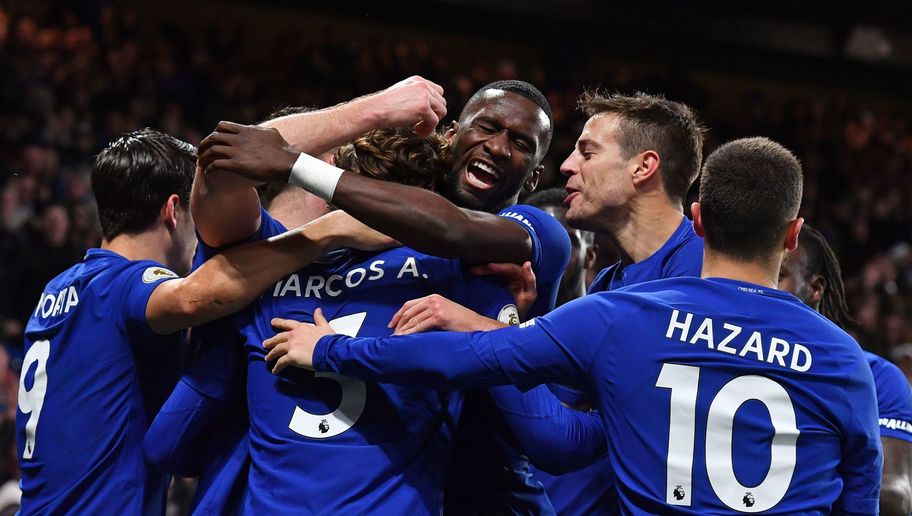 Chelsea will welcome Leicester City to Stamford Bridge on Saturday for their latest Premier League clash. The match will prove to be quite challenging for the Blues since the Foxes have been in good shape ever since Claude Puel took over as the new manager. Chelsea come into this game after a less-than-satisfactory goalless draw against Arsenal in the Carabao Cup. They will be hungry for a victory.

Ross Barkley has started training with the club but it is highly unlikely that he would start on Saturday. Besides that, Conte has no fresh injury concerns ahead of this game.

Courtois’ heroics in goal will prove to be vital against an unpredictable Leicester attack and Conte will expect his first-choice goalkeeper to be in top form.

After receiving full rest against Arsenal, Cahill is expected to return on Saturday. He often brings about a sense of maturity and composure at the back and that could help Chelsea against Leicester.

In David Luiz’s absence, Christensen has truly made this position his own. He has been in great form for the Blues and has managed to forge a strong partnership with Azpilicueta, which should come in handy on Saturday.

Azpilicueta has easily been Chelsea’s standout centre-back. He only keeps improving with time and should start in his usual role against the Foxes.

Alonso’s well-timed forward runs often create a lot of chances for Chelsea on the left and he is adept at dropping back and defending as well, thus making it highly possible for Conte to deploy him.

Moses has displayed remarkable form lately and is expected to retain his spot against Leicester.

At this point, it is tough to imagine Chelsea’s midfield without Kante. It will be interesting to see how he fares against his former team.

Since Drinkwater started the last two games, Conte is likely to switch things up and bring in Bakayoko, who has proven to be quite influential in the middle.

Fabregas’ experience often helps him dictate proceedings and get the better of his opponents in the midfield. His impact will be vital on Saturday.

Using Hazard behind Morata has worked out for Chelsea but they have failed to score goals lately. However, Hazard’s creative prowess will be helpful on Saturday, which should see him essay his usual role.

A stunning performer up front and he will be looking to get his name on the scoresheet against Leicester City.