Liverpool and Chelsea have both made a fantastic start to their respective league seasons. The pair is yet to lose a league game this season and is doing well to stay close to champions Manchester City.

Mohamed Salah, formerly of the Blues, signed for the Reds in 2017 and had an unbelievable season, breaking the all-time Premier League record for the number of goals scored in a season. It took many by surprise, however, the way this magical Egyptian has improved his game since leaving Stamford Bridge, the performance level shouldn’t flabbergast any football follower.

Eden Hazard, on the other hand, is a Chelsea talisman. After arriving at the Bridge from Lille in 2012, the Belgian has won two Premier League titles, starring in campaigns in which the club led the title race and succeeded.

Now, with the Blues under Maurizio Sarri expected to play some attractive football and the Reds tipped to challenge City all the way, both Hazard and Salah must take responsibilities whenever required and lead their respective teams towards the desired target. 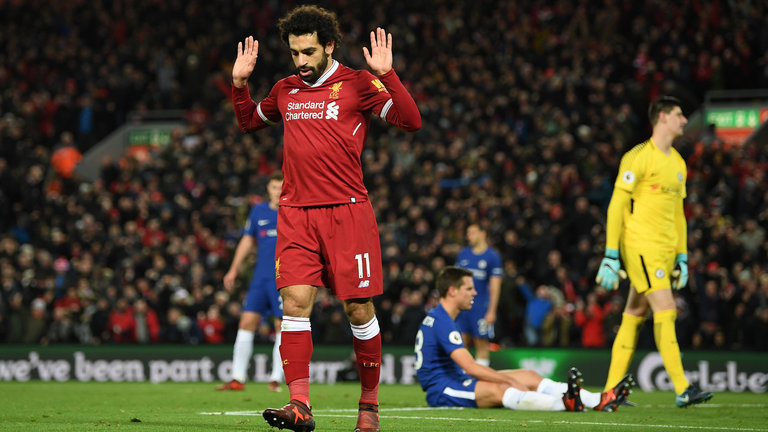 While the former has made an amazing start to the season, showing no signs of World Cup hangover, the latter is slowly beginning to impact after a sedate beginning.

With the third international break up and running, after which the club football goes on a mazy run, it is the best time to compare the performances of these talismans this season so far, and use some stats to back the facts:

The Belgian has had 2.7 shot attempts per game as compared to the Egyptian’s four per game, epitomising the propensity of both these players to test the handling of opposition goalkeepers in every game.

Frankly, there is not much in there to choose between the two leading marksmen from Chelsea and Liverpool. They are contributing to the team in the best possible manner. The title challenge could come down to how they are supported by their teammates in terms of adding up the numbers in front of the goal.