According to reports, Arsenal are interested in signing Sevilla midfielder Ever Banega this summer. New Arsenal manager Unai Emery first worked with Banega at Valencia before signing the Argentine for Sevilla four years ago. Banega, who turns 30 later this month, played a key role at  Sevilla under Emery.

Apart from Banega, Arsenal are also interested in signing Lucas Torreira for £26.4m. Torreira, who is in Russia on international duty with Uruguay for the World Cup, looks set for a switch to the north London club, who have already signed Stephan Lichtsteiner and Bernd Leno this month.

Here’s a statistical comparison between Banega and Torreira.

Banega made a total of 1843 passes in 28 La Liga games last season and 1624 of those passes were completed, while Torreira completed 1689 successful passes out of 1933 passes in 33 Serie A matches in the 2017/18 campaign. There is very little to differentiate when it comes to pass completion rate as Banega enjoyed 88% in comparison to Torreira’s 87%. 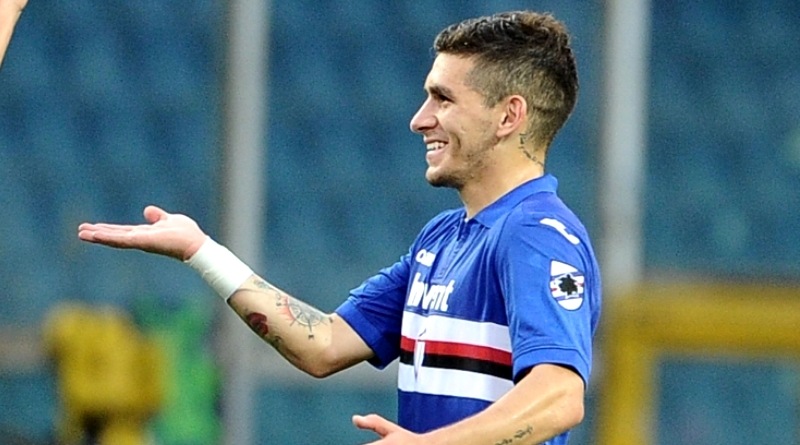 The mini-statistics reveals Arsenal are absolutely right in pursuing Torreira as they need a defensive midfielder. In Torreira, Arsenal would finally get a reliable defensive midfielder. He possesses the ability to steal possession and has the quickness to trouble attackers across the pitch. 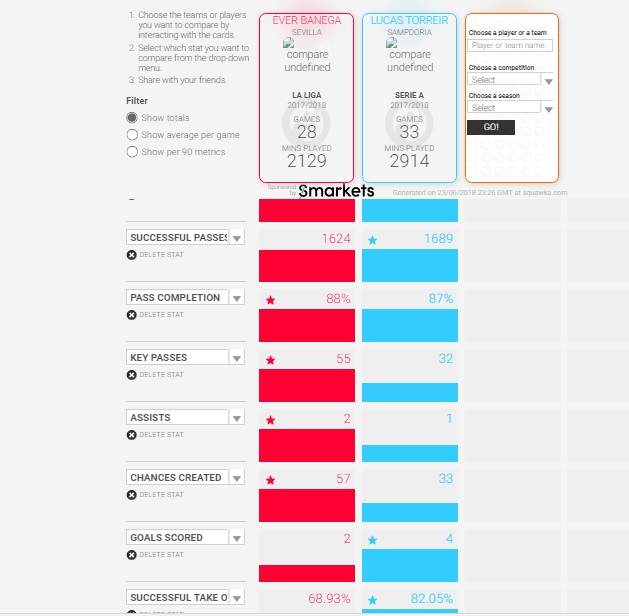 The Uruguayan acts as an anchorman in the midfield, providing both balance and bite. He has the speed to close down attackers quickly and is excellent in starting counter-attacks after winning back possession.

Torreira likes to win the ball back high up the pitch, choke the opposition of time and space on the ball and make a defence-splitting pass. The 22-year-old also possesses the athletic and game-reading traits which are required to fulfill the responsibilities of a defensive midfielder.

All in all, Torreira ticks many boxes and would be a fantastic addition to Emery’s side.

But why Arsenal are pursuing Banega? He doesn’t offer anything different to Arsenal’s current crop of midfielders. And squad depth shouldn’t be a problem with Torreira set to arrive.

So, it doesn’t make any sense for Arsenal to sign Banega, who won’t offer anything new to the Gunners.