Liverpool have exceeded expectations and sealed a berth in the Champions League final but they have some unfinished business in Premier League. The Reds have a weekend encounter against fifth-placed Chelsea and they need to clinch a positive result at Stamford Bridge in order to damage the Blues’ hopes of featuring in next season’s Champions League.

Joel Matip and Alex Oxlade-Chamberlain are out for the season with their respective thigh and knee injuries whereas Emre Can is still unavailable following a back strain. Joe Gomez suffered an ankle injury last week against Stoke City but Adam Lallana is back in the training and might be involved on Sunday.

The German custodian has replaced Simon Mignolet in goal and has impressed with his performances since securing a regular slot between the sticks.

The young Trent Alexander-Arnold had a dismal outing against AS Roma on Wednesday and Klopp might hand a start to Nathaniel Clyne, who is now fit after a lengthy injury spell.

Has made costly mistakes throughout the season but the injury to Joel Matip has forced Klopp to play the Croatian week in and week out. He seems to have improved lately and will have a crucial task ahead of him against Antonio Conte’s men.

Liverpool’s defensive frailty has been sorted out after the Dutchman’s introduction in January. He has featured regularly and needs to deliver yet another towering display on Sunday evening.

Robertson has been a revelation in the left-back role and has hardly put a foot wrong since replacing Alberto Moreno midway through this campaign. He has not only maintained defensive composure but also offers consistent threats higher up the pitch with his overlapping runs and pinpoint crosses.

The skipper is guiding his side with exemplary leadership skills and also performing tremendously well in a No. 6 role. He presses hard in midfield to win possession while dominating the game from a central role.

Has been restored in first-team since Oxlade-Chamberlain’s season-ending injury and he is making his presence known in the middle of the park. Wijnaldum scored his first away goal against Roma and is likely to retain his spot for the rest of the campaign. 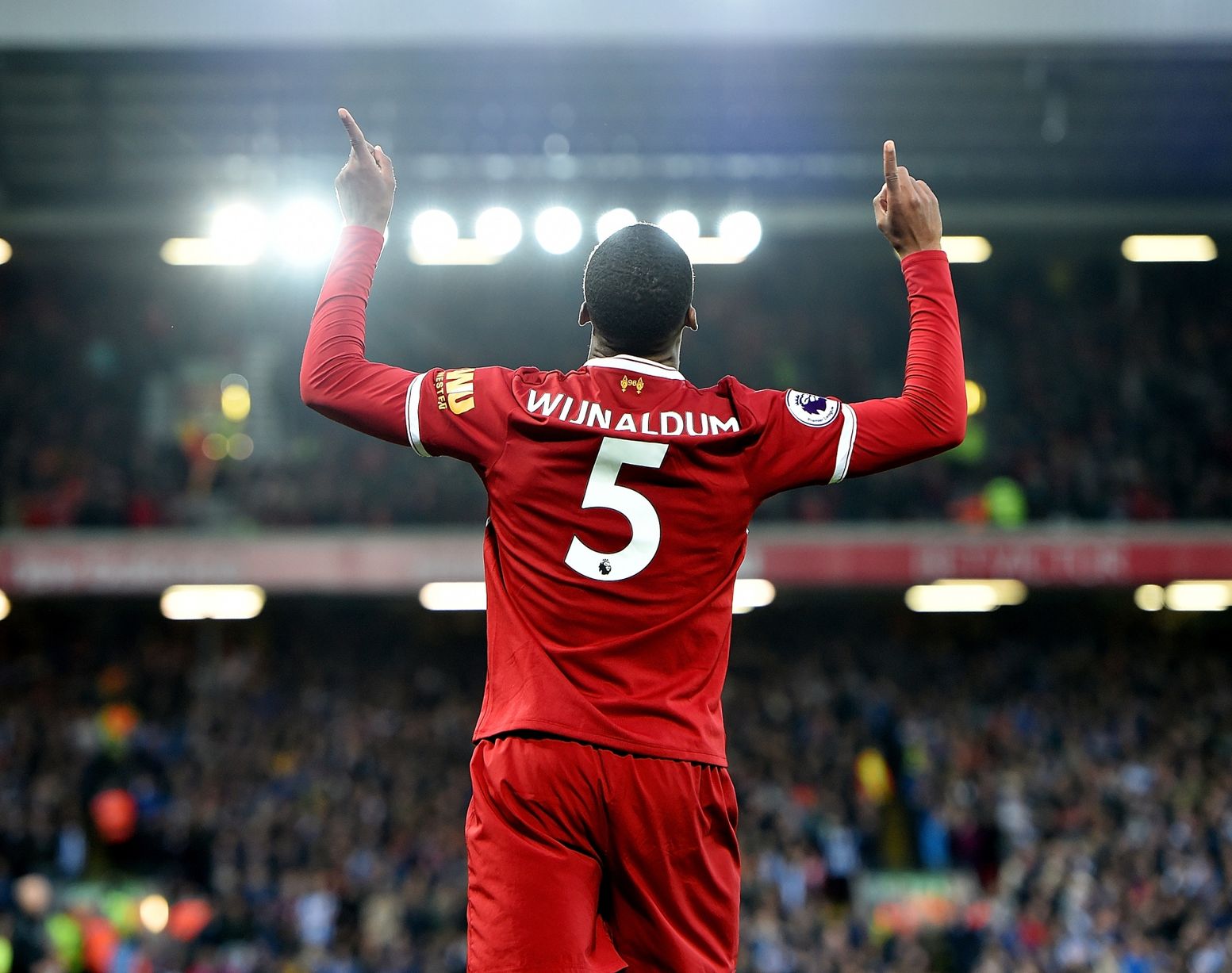 The English veteran has been stunning since his Bosman move in 2015. He covers every blade of grass whenever he’s deployed in a three-man midfield role.

The red-hot Egyptian has had a couple of barren outings but he should be thriving to get back among goals and become Premier League’s highest ever scorer in a single season against his former employers who did not hand him enough minutes to shine.

Mane has been crucial in terms of scoring goals, creating chances and complementing his fellow attackers from the left flank. He was sublime against Roma and will be determined to keep up his good work against the Blues at the Bridge.

Has redefined the No. 9 role under Jurgen Klopp. Firmino stands for his stunning work rate, attacking moves and goalscoring exploits.