Ole Gunnar Solskjaer became only the second Manchester United manager in the history to win his first four league games in charge after overseeing his side beat Newcastle United 2-0 at St James’ Park.

A goal from Romelu Lukaku 38 seconds after coming off the bench and another from Marcus Rashford was enough to seal Solskjaer his fourth consecutive victory after replacing Jose Mourinho last month.

Manchester United had the most possession in the opening exchanges but it was Newcastle who had the better chances. Phil Jones and Victor Lindelof were kept occupied though, during an eventful if goalless first half.

Christian Atsu delivered some lively football for Newcastle, drawing a good save from David De Gea before dragging another shot across the face of goal when in a promising position. In between those moments, Ayoze Perez robbed Jones and set up Rondon but the Venezuelan took his time to shoot and Jones recovered to clear.

Anthony Martial was United’s brightest player going forward and should have done better with a scooped shot over the bar, while Paul Pogba dragged an effort wide after the half-hour mark. 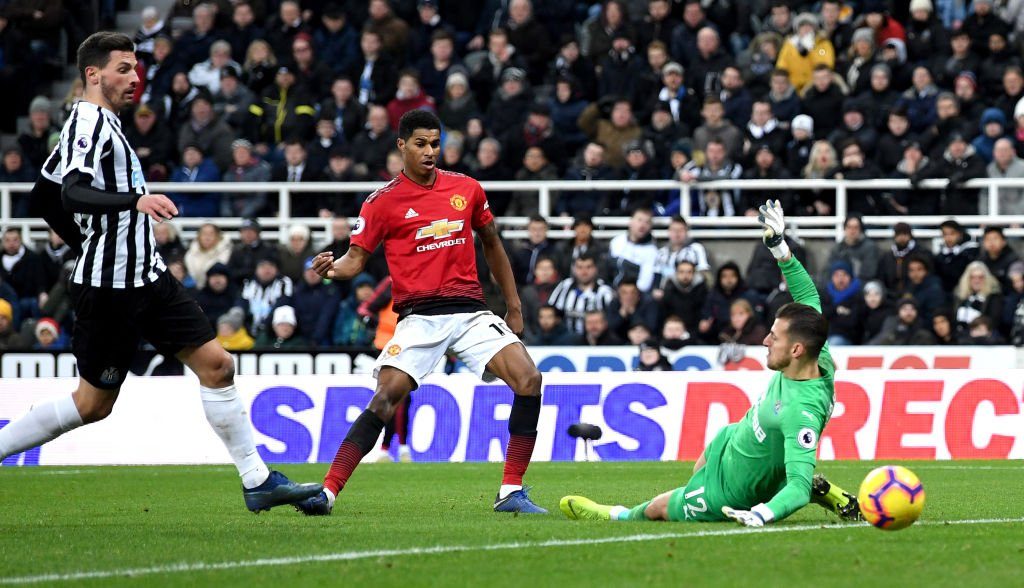 Newcastle, however, started the second half brightly, with substitute Jonjo Shelvey pulling the strings and making an instant impact. Shelvey opened up the United defence with a lovely pass to Ayoze Perez which the striker floundered before he had a shot well saved by De Gea.

Romelu Lukaku and Alexis Sanchez were introduced after 63 minutes with the scores 0-0 and the former opened the scoring for Manchester United with virtually his first touch. Martin Dubravka spilt a fierce free-kick from Marcus Rashford and the Belgium international pounced on it to give United the lead.

And Lukaku was involved again, along with fellow substitute Sanchez as the pair combined to put Rashford in space and the England international calmly slotted past the on-rushing Dubravka to seal the deal with 10 minutes remaining.

Read more: Why this serial winner and 2-time UCL finalist would be a better option for Man United than Pochettino

Following a professional if not spectacular performance from Manchester United, here’s how their fans reacted.

I can’t believe that we have scored 14 goals in 4 games under Ole Gunnar Solskjaer.
And finally a clean sheet for Dave.

Tough place to go but we made it look simple. Completely different team under Solskjaer. Attack is always the best form of defence!

It was a difficult game but I love the way we dealt with it.

We need reinforcement for the defense too.

We had a good game💪🏾