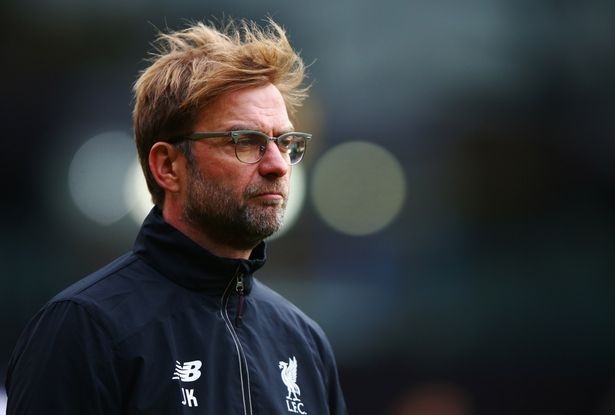 Premier League 2017-18 is nearing its conclusion but there is still a lot to play for especially as far as the top-four and relegation battles are concerned.

Chelsea’s encounter against Liverpool on Sunday will be massive. The entirety of their Champions League hopes rest on the outcome of that game. The Blues will have to win rest of their games to secure a top-four spot but a draw at Stamford Bridge will be enough for Liverpool to seal a place in Europe’s elite competition.

The Reds will come into this game after a triumphant show against AS Roma in the Champions League semi-final return leg tie. However, injuries to key individuals have caused enough anxiety for Jurgen Klopp.

Although Loris Karius has been doing well since replacing Simon Mignolet between the sticks, Courtois is still a much bigger name. Despite his inconsistency at times, the Belgian is regarded as one of the finest of custodians in world football.

The teenager has been a revelation for Liverpool this season, exhibiting plenty of promises to be a future superstar.

Probably the most consistent centre-back of the Premier League this season. The Chelsea star has not only adjusted to playing in a three-man backline but has also put in some towering performances.

The Dutchman completed his long-pending transfer from Southampton in January and since then, he has injected some much-needed resilience into a fragile Liverpool backline. He has dominated the game both aerially as well physically and his calmness has allowed the Reds to maintain composure on big occasions.

Has hardly put a foot wrong since replacing Alberto Moreno down the left-hand side of Liverpool’s defence. The Scotsman has maintained discipline at the back and has also offered his presence higher up the pitch with sublime crosses and intelligent link-up football.

The Frenchman has maintained his quality even if this has not been the best title defence from the Blues. Kante works hard in the midfield, reads the game well, wins back possession with his timely challenges and holds it well to create space to constitute counter-attacking movements. Liverpool skipper Jordan Henderson has performed splendidly this season but Kante is still a better option when it comes to a deeper midfield role.

The Spaniard is known for his box-to-box movement, one-twos, smart footwork and through balls higher up the pitch. The Chelsea midfielder has been impressive all season and makes it to this combined XI without a doubt.

The veteran Englishman has energised the Liverpool midfield with his hard work, agility and determination to contest every duel. Milner is 32 but has not looked so whenever he has featured in the middle of the park.

Irreplaceable at the moment as the red-hot Egyptian has already netted 43 goals for Liverpool across all competitions. He is also leading the Premier League Golden Boot race with a record number of goals (31) already. He has flourished under Jurgen Klopp since completing a summer switch from AS Roma.

Although has mostly featured in a central role, Hazard is still one of the most fearsome attackers in Europe. He is capable of changing a game on his own with unstoppable runs, dribbling and shooting traits.

Has redefined the No. 9 role as the Brazilian not only waits inside the box to have the ball but also tracks back, helps the midfielders to win back possession, builds up movements and also converts those with great efficiency.