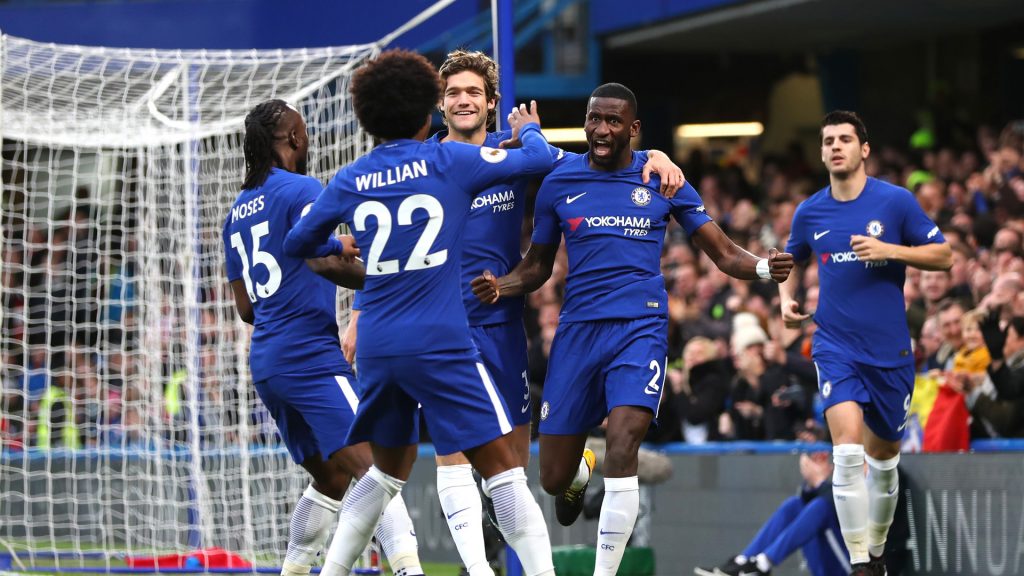 Chelsea vs Arsenal: Combined XI Featuring Stars From Both The Teams

Chelsea will welcome Arsenal to Stamford Bridge to face off in the first-leg of the semi-final of the Football League Cup on Wednesday. The Gunners come into this game after devastating loss to Nottingham Forest in the FA Cup while the Blues will look to get back to winning ways after a stalemate with Norwich City. The two teams met recently in the Premier League and the game ended in a 2-2 draw but it will be interesting to see how they fare against each other once more, in a matter of days.

With that in mind, let’s take a look at a combined XI of players from both sides.

Courtois may have maintained more clean sheets than Cech but when it comes to overall influence, the Arsenal keeper has played a far greater role. The Blues have a strong defence but the Gunners have been quite weak lately and yet Cech has been rock-solid in goal. Thus, he has been one of their key players and that has earned him a spot in this line-up.

Moses has been a stellar figure for Chelsea on the right-hand side and continues to be one their most influential players. He definitely has sharper defensive skills and guile at the back and that has earned him a place in this line-up ahead of Hector Bellerin.

Koscielny is doubtful for Arsenal whereas their other centre-backs have not been up to the par. Christensen, in contrast, has been quite strong for Chelsea and has even played regularly over the last couple of weeks.

Azpilicueta has been a force to be reckoned with at the back for Chelsea. He is not only defensively solid but makes some generous contributions to the attack as well and that is more than enough to set him apart from a lot of his contemporaries.

When Alonso is in the mix, very few other left-backs get a chance. With Sead Kolasinac out with an injury and Ainsley-Maitland Niles being an inexperienced presence, there is no doubt as to why the Chelsea man has made his way here.

Wenger has always maintained that Wilshere is an attacking midfielder but the Englishman has played a box-to-box role in Ramsey’s absence and is getting along nicely. He has been putting in some impressive performances lately and that should be more than enough to convince Wenger to hand him a start on Wednesday.

Kante has been a rock for Chelsea in the middle. Very few midfielders have exerted as much influence as him this season and he just keeps improving with every game. It would be criminal to not include Kante in this line-up.

Hazard has been one of Chelsea’s best throughout this season. His creativity remains unparalleled and his dribbling skills are top-notch. Considering Alexis Sanchez’s lacklustre displays for Arsenal, it comes as no surprise that Hazard is in this line-up ahead of him.

Fabregas brings in a sense of composure and experience to the midfield that has become vital for Chelsea. He is an instrumental figure for the Blues and his power will be crucial for them against Arsenal on Wednesday.

Now, Arsenal have not had the best of fortunes lately but Ozil continues to be a beacon of hope for them up front. His well-timed passes often unlock several chances for the Gunners and if they are harbouring any hopes of a win against Chelsea, the German playmaker will be key.

His finishing skills were a bit haphazard when these two teams played recently but he has scored more goals than Lacazette and has just been sharper when compared to the Frenchman. Hence, he has found a place for himself in this line-up ahead of the Arsenal frontman.