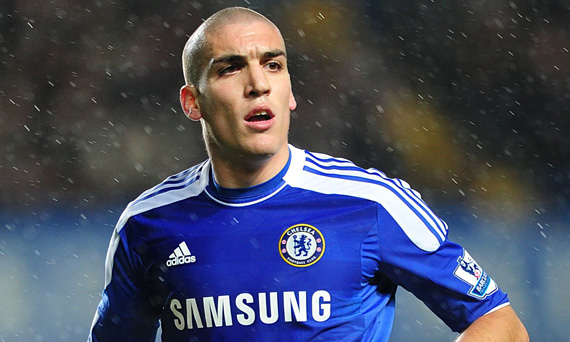 Perhaps one of the biggest shocks this week for Chelsea fans would be the loan of Oriol Romeu to Valencia in the La Liga. Romeu has been seen by many Chelsea fans as a big prospect for the club’s defensive midfield position, but injuries and a loss of form lead to a muted second season for the Spaniard, where he made less than 20 appearances for the club before succumbing to yet another injury. While fans pray that the once Barcelona starlet recovers and continues to play for Chelsea, his loan move indicates a clear strategic decision by Jose Mourinho for the upcoming season.

Oriol Romeu arrived in a cloud of mystery in the start of 2011. Many Chelsea fans have heard little about the youngster, only that he was widely seen as a defensive midfielder in the mould of Sergio Busquests. At that point of time, Romeu joined a crop of Spanish midfielders like club teammate Juan Mata and Manchester City star David Silvia in plying their trade across waters in the English premier league. In his case, an understandable lack of attention or fanfare from fans gave him the perfect stepping stone to make his mark in the Chelsea team.

In Romeu’s debut against Sunderland, he showed small glimpses of his talent. It was only during his first start against the Wolverhampton wanderers where things went differently. In that game, Romeu showed Chelsea fans his true talent as a defensive midfielder, one schooled in the arts of La Masia. The Spaniard showed an impressive array of passes as well as solidarity on the ball. In fact, it was his forward thinking mindset that endeared him quickly to fans, given that they have been used (bored) all too much to the rather conservative play of John Obi Mikel.

Romeu’s future looked bright then, as he was heralded by many as the answer to Chelsea’s defensive midfield woes. Unfortunately, serious injuries hampered his progress and Romeu has found it hard to enter the team ever since.

With the arrival of Jose Mourinho, many have wondered about the fate of the Chelsea midfield which have performed admirably under Rafa Benitez and Robert Di Matteo. While Chelsea are already blessed in attacking midfield with the likes of Juan Mata, Eden Hazard, Oscar and Victor Moses, they have been lacking in the center midfield for years ever since the club let go of veteran midfielders like Michael Ballack. While the club has made astute moves in the form of the purchase of Ramires and the shift of David Luiz to midfield, the ever so familiar core of Ramires, Lampard and Jon Obi Mikel continue to dominate the team sheets. In fact, these three players alternating between two key positions have often caused Chelsea to struggle in many games last season.

Many would be quick to point out that despite the talents of these three midfielders, none of the tried combinations have been perfect. A Ramires – Lampard duo pivot (favorite under Di Matteo) was great attacking wise, but defensively frail. A Ramires – Mikel pivot was strong defensively, but lacked sufficient playmaking acumen. A Mikel – Lampard combination provided good balance on both attack and defence, but lacked the drive which Ramires often provided from his boundless surging runs. It was clear that this problem was one needed to be corrected by Mourinho, and the Portugese showed his intentions clearly with the loan of Romeu away to Valencia while securing the services of Marco Van Ginkel, a prodigious box to box midfielder from Vitesse Arnhem.

Van Ginkel is widely seen as a successor to Frank Lampard, a Chelsea football club legend and top scorer. Like Lampard in his younger days, Van Ginkel is industrious and versatile; having a strong knack of creative passes as well as direct runs from deep. In fact, he is much like Chelsea’s other box to box midfielder Ramires. The only difference between the two is that Van Ginkel is better technically; expect him to contribute better in terms of passing and final balls.

Mourinho also prefers to play a 4-3-3 with an attacking midfielder (most probably Oscar or Mata) slightly ahead of a two midfielders. Now with Van Ginkel, there are 4 different players fighting for spots in the center midfield. Here are my thoughts on the possible partnerships between Van Ginkel and the rest of the players.

This is arguably the most industrious of the 3 different pairings. In Van Ginkel and Ramires, Chelsea has two tireless midfielders who will be able to defend and attack rapidly. With Mourinho’s counter attacking style, the key will lie in the distribution and drive of the two midfielders who will set the tempo for the side. In defence, the pace, stamina and relative defensive strengths of the pair will allow Chelsea to press oppositions relentlessly. However, key weaknesses will be defensive discipline and tactical nous. Ramires and Van Ginkel may not be able to read plays as well as Mikel and the side could be left horribly exposed against more crafty opponents. Ramires and Van Ginkel also have to make sure that they stay on top of each other’s defensive duties and not get carried away attacking or they could leave the team horribly exposed.

A blend of old and new. Legend and starlet. This combination would be a dream for many Chelsea fans. However, it is also the weakest. While Lampard still has much to offer despite being in the twilight of his career, he has always flourished with the likes of Mikel or Ramires dropping back to cover him with his late runs. With two similar players with the same play style, Van Ginkel and Lampard could get in each other’s way on the pitch. Even if one player sacrifices attacking to defend for the other, neither player is strong enough to perform a good job defensively.

This pairing could be one for the future as both players complement each other well. With Mikel holding down the fort, Van Ginkel can be afforded the freedom to contribute to the attack. The only weakness in this pairing would be the player’s performances on the pitch. Van Ginkel while talented is still inexperienced at the top flight and could falter in his distribution during attack. As the only link between midfield and attack in this pairing, Van Ginkel has shoulders the bulk of creating from deep. For opposition teams, closing Van Ginkel down, would then be the key to winning.

In Van Ginkel, Mourinho has 3 more pairings to use (notwithstanding the previous pairings the club has used). With Romeu’s departure, Mourinho has effectively assured Van Ginkel of his place in the side, while at the same time confirming his faith in John Obi Mikel as the side’s leading defensive midfielder. The only question that remains is the fate of Frank Lampard, whom many expect to take a more withdrawn role in what is perhaps his final season at Chelsea Football Club.