According to reports from Calciomercato, Sevilla winger Pablo Sarabia is attracting interest from Premier League giants Chelsea as they battle Ligue 1 side Paris Saint-Germain for the Spaniard’s signature.

The 26-year-old has been a shining light in this 4th-placed Sevilla side as he has contributed greatly towards that position in the form of goals and assists. He has scored 8 and set up 7 in his 21 La Liga appearances so far this term which is an impressive record.

Often deployed as a central attacking midfielder or as a left-winger for the Spanish side, he is a huge creative outlet for Pablo Machin’s men. His movement and quality on the ball set him apart from the rest of his teammates. 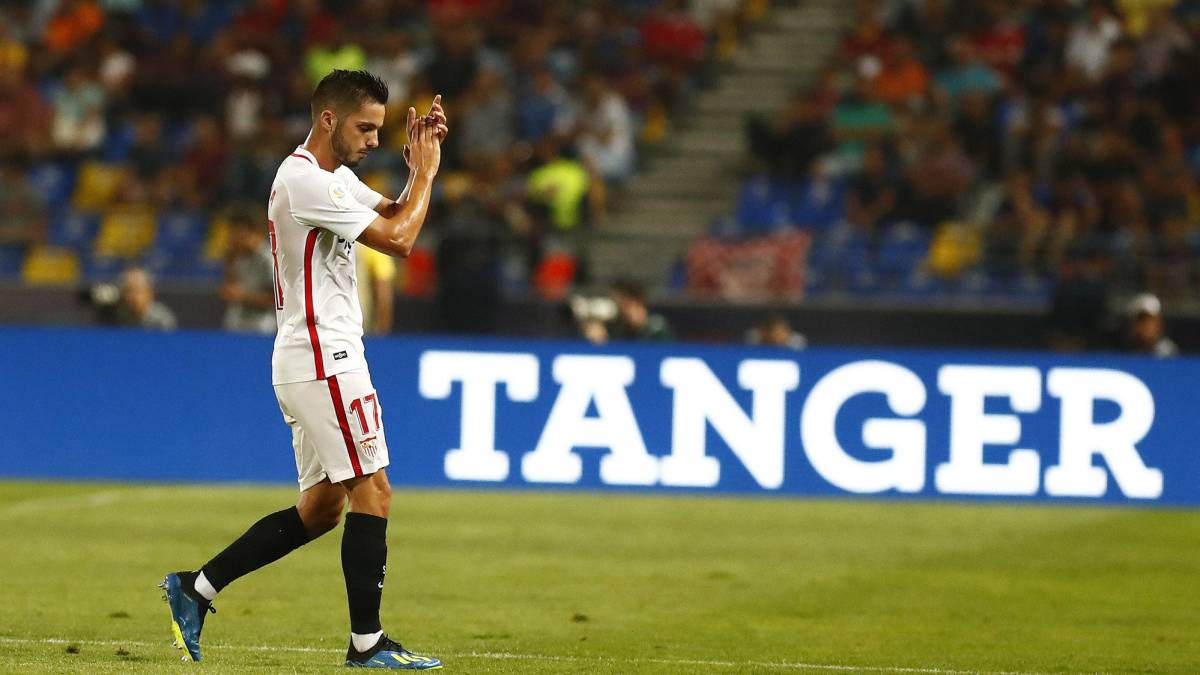 He is a very good carrier of the ball and looks very elegant while dribbling as well. He is from the rare breed of attacking midfielders who are extremely intelligent in their position and use this as an asset to win fouls and move their team forward.

His ability to pick out a pass is also well renowned in Spain as his balanced skill-set is showcased in his scoring and assisting record from the past seasons. With 8 goals to his name already, he is bound to attract interest from the biggest clubs in Europe if he maintains his form.

His 135 appearances for Sevilla have been extremely productive as he has produced 37 goals and 31 assists for the Spanish club. Since he developed as a player at the Real Madrid academy, he even played once for Madrid when he came on as a substitute for 18 minutes.

Calciomercato is suggesting that Chelsea are keen on a summer move for the 26-year-old who has a €22m release clause to his name as well. This could mean that some of the bigger clubs will be interested in the Spaniard who has delivered well above expectation for the Rojiblancos.

Chelsea have Ross Barkley, Matteo Kovacic and Ruben Loftus-Cheek as the central attacking midfield options and apart from the latter, they haven’t really been too much of a goal threat and a runner from the midfield like the Frank Lampard runs of old is exactly what Chelsea needs for the wingers to prosper.

Bringing in Sarabia, for this reason, makes complete sense because it would take some of the attacking pressure off N’Golo Kante and allow him to defend more, which will further allow Jorginho more space in the middle of the park to work his magic.

His weaving runs will suit the likes of Hazard and Pedro while his ability to work the ball in tight areas and move it quickly will aid the number 9 in his hunt for goals.

Read More: Chelsea beating to Arsenal to spend more than €40m on Serie A star would be a big statement from Sarri

This move wouldn’t suit all the Premier League clubs as he fits a certain kind of profile and offers a very specific skill-set.

Chelsea will be the perfect place as he can compete with Loftus-Cheek for the starting role alongside Kante and Jorginho in the midfield and get the goals from that position.