Although Chelsea have so far maintained that they do not want to sell Kevin De Bruyne after the player returns from his loan spell at Werder Bremen, Borussia Dortmund chief Micheal Zorc has recently stated that they would still keep an eye on the player and hope to persuade Chelsea into selling him.

During an interview he stated:

“He has a long-term contract with Chelsea (until mid-2017) that we should respect. Even so, we continue to monitor his situation.”

Borussia Dortmund who although had a difficult season in the league, reached the finals of the UEFA Champions League, before going down to league rivals Bayern Munich. Next term, Dortmund will have to dig deeper to compete against the German Treble winners and will have to do it without their prized asset Mario Gotze who moved to Bayern recently and with the future Robert Lewandowski still on the wire they are certainly looking for quality players as adding a player like De Bruyne could add valuable depths to the squad.

After joining Chelsea from Racing Genk, the Belgian was straight away loaned out to German side Werder Bremen. The 21-year old attacking midfielder has really impressed everyone with his performance for Bremen as he notched up 10 goals in 33 league games. This has convinced Jose Mourinho, who has claimed that De Bruyne will be a part of his plans giving assurance to the attacking midfielder to stay and fight for his place at Stamford Bridge.

“Mr Mourinho gave a phone call to Kevin, explaining a little bit the situation for next season.

“We didn’t receive any guarantees, but it’s normal in a team like Chelsea. It’s up to him to prove like he did in the last 18 months.

“A year and a half ago when he signed a contract at Chelsea, it was like a dream which became reality. Afterwards it was important for Kevin to put the right steps at the right moments.

“Kevin wants to play. Playing football, he became a better football player. I think he proved it staying six months more in Genk and last season in Bremen.

“He did very well. Now it’s up to him to prove the same thing at Chelsea.”

In short, it looks like De Bruyne will be staying with the London outfit and Dortmund will have to look elsewhere. 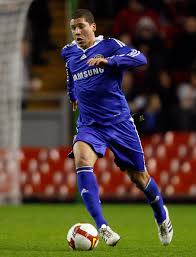 In other news, PSV coach Philip Cocu is pressing hard for a deal with Chelsea defender Jeffrey Bruma as he looks to find a replacement of Jeremain Lens.

Bruma is a Chelsea youth set up player who is currently on a loan spell at Hamburg in the Bundesliga, and has also spent time at Leicester City in the Championship has featured around 40 games for his team. The 21-year old defender has also made four appearances for the Dutch national side and is looked upon as a highly talented centre back. If PSV can get hold of him for a fee in the region of £3.5m, it would be a bargain deal for the Dutch side.