Callum Hudson-Odoi was one of the shining stars of Chelsea’s pre-season, featuring regularly in the friendlies and earning himself a first-team spot at the tender age of just 17.

Hudson-Odoi was very impressive for the Blues under Maurizio Sarri, with the youngster being the star of the show on several occasions. However, he has not been seen since the Community Shield against Manchester City.

There were high expectations of seeing the youngster break into Sarri’s first-team plans this season but that hasn’t been the case and Hudson-Odoi has dropped to Premier League 2 Division 1 to continue his development.

Chelsea have made a blistering start to the new season, winning five out of the six games and have established themselves as contenders for the title. Sarri has not faced any major injury problems at Chelsea so far and as exciting a prospect that Hudson-Odoi might be, he’s not going to get opportunities ahead of Eden Hazard, Willian, Pedro and Victor Moses at the moment. 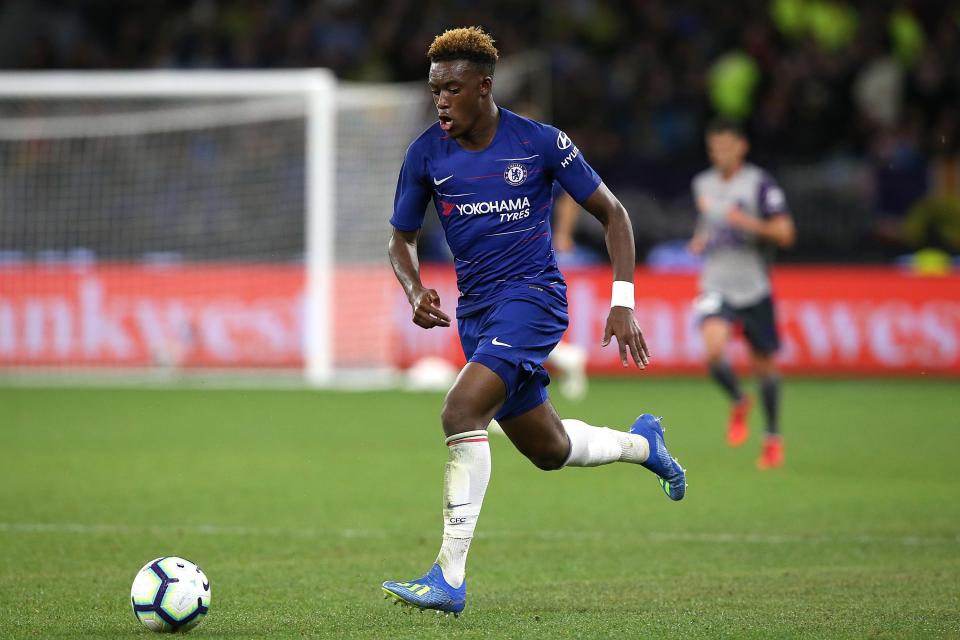 So the best thing Sarri could do to integrate Hudson-Odoi into his first-team squad is by giving him an opportunity in the domestic cup competitions. Fortunately for Hudson-Odoi, Chelsea’s schedule has become hectic since last week, which could open the door for his entry into the side.

After Chelsea’s Europa League group stage victory at PAOK, Sarri’s Blues start their Carabao Cup campaign this week against Liverpool. Although Hudson-Odoi might well get a chance at Anfield for the third round of the Carabao Cup, his exclusion from the team against PAOK was certainly a shocker for the Chelsea fans.

Nevertheless, Hudson-Odoi could make his first appearance of the season in the Carabao Cup and the teenager needs to make it big. A winger comfortable on either flank, the 17-year-old’s main attributes are his pace and dribbling.

From the left wing, he likes to cut in onto his right foot and fire a shot. Hudson-Odoi can use his quick change of pace to bamboozle a defender and then deliver a cross or go for the spectacular.

The teenage sensation showed in the pre-season that he is ready for first-team action. Well, the time has come for Sarri to unleash Hudson-Odoi against Liverpool in the Carabao Cup this week.

Should he get a chance, the 17-year-old must grab it with both the hands and make the competition his perfect platform for development.