Leigh Griffiths hopes to sign a new “nice long contract” with Celtic to allow him the chance to reach the 200-goal mark for the Hoops.

Griffiths, 28, who signed from Wolverhampton Wanderers in 2014, reached a century of goals for Celtic in the 3-0 home Europa League play-off win over Suduva last week and is keen to extend his stay at Parkhead. He is contracted to the Scottish champions until 2021 and says that agreeing to terms on a new contract is “almost complete”.

After helping Celtic earn the bragging rights in the Old Firm Derby against Rangers on Sunday, Griffiths joined up with the Scotland squad on Monday ahead of their friendly with Belgium and Nations League clash with Albania.

Almost five years and 100 goals later, Celtic’s decision to sign Griffiths from Wolves goes down as one of the wisest moves the club has ever made in its history. Neil Lennon was Celtic’s manager when Griffiths joined the club in 2014.

He was a prolific goalscorer for Hibernian, but Celtic, as we all know, is a different beast completely and to replicate his performances at Parkhead was a big question. 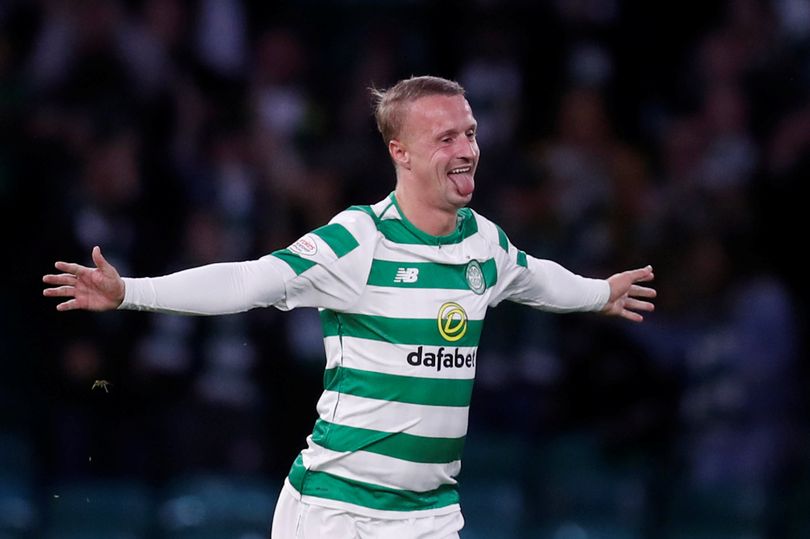 However, the Scotsman has managed to silence his doubters, with his 100th goal coming in the 190th game, which is a phenomenal achievement given that he’s been forced to play second fiddle for long spells due to the presence of Moussa Dembele and Odsonne Edouard.

The centre-forward has also had his fair share of injury problems and has struggled with a number of calf injuries already last season.

Recurrent injury problems have somewhat held Griffiths back in not allowing him to reach his full potential but the 28-year-old has managed to silence his naysayers by hitting a century of goals for Celtic.

When fully fit and running, Griffiths is a beast of a striker to have in the squad. His 2015/16 season of 40 goals in 51 games was an incredible return given that everything he touched turned into goals. He has been a big-game player for Celtic as well, consistently delivering the goods and establishing himself as a player who can be relied upon.

Now that Dembele has left Parkhead, Griffiths will be more confident to step up and take the extra responsibility needed. The Scotland international is already an important member of Rodgers’ squad and has now made it clear that he hopes a new contract can be agreed so that he can go on to score 200 goals for the Glasgow club.

Playing for Celtic, in front of the passionate fanbase, scoring goals and winning regular trophies has been Griffiths all these years. After five fantastic years at Celtic Park, he surely deserves a new contract.