Celtic will be aiming to strike a revenge on CFR Cluj when they face the Romanian side in the Europa League group-stage matchday two at the Parkhead this Thursday night.

Both these teams met in this year’s Champions League third qualifying round, with Cluj moving into the next on virtue of scoring more away goals against the Hoops. They were eventually knocked out by Slavia Praha in the playoff.

Neil Lennon’s men should take this as an opportunity to get one over the Albvisiniis.

Moritz Bauer is an injury concern for this game with an ankle injury. Leigh Griffiths is a doubt with a thigh problem. Michael Johnston is very close to returning to first-team action.

Jozo Simunovic is out until January with a surgery.

Forster is now the number one keeper in this team. He should start on Thursday.

With Bauer a doubt for this game, Elhamed may get a start ahead of him.

He is one of the first-choice centre-backs in the team and should start against Cluj. 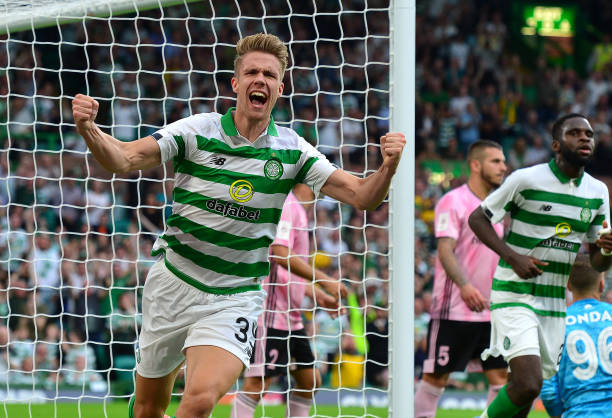 Ajer is probably one of the first names on the team sheet. That should be the case on Thursday as well.

The left-back has had a very good start to life at Celtic. He has cemented his place in the team now.

The captain hasn’t been at his best in the past few games. He needs to be at his best on Thursday.

He is one of the first names on the team sheet. That should be the case this Thursday as well. 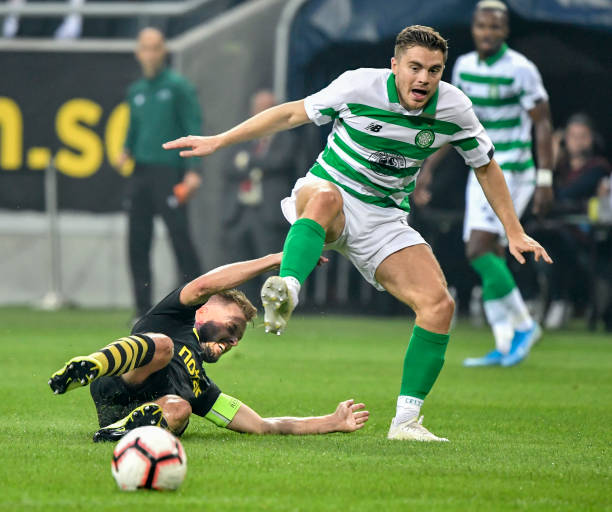 The in-form winger is a certainty to start against Cluj. Celtic fans would be hoping he fires a goal or two on Thursday.

Christie might get a go in the advanced midfield position, with a freedom to operate in between the lines.

Lennon might switch around in this position and hand Hayes a start against Cluj.

Not much doubt creeps into mind while predicting who will lead the Celtic line on Thursday. Edouard it is!