According to a report in Football Scotland, Celtic striker Odsonne Edouard is on the radar of Italian side Lazio ahead of a potential move this summer.

As per the report, Le Aquile are lining up the 21-year-old as a possible replacement for Felipe Caicedo, who could be on his way to join Turkish giants Galatasaray. (h/t Football Scotland)

A possible fee of around €20m is estimated if the Serie A side are to prize the Frenchman away from Park head. (h/t Football Scotland) 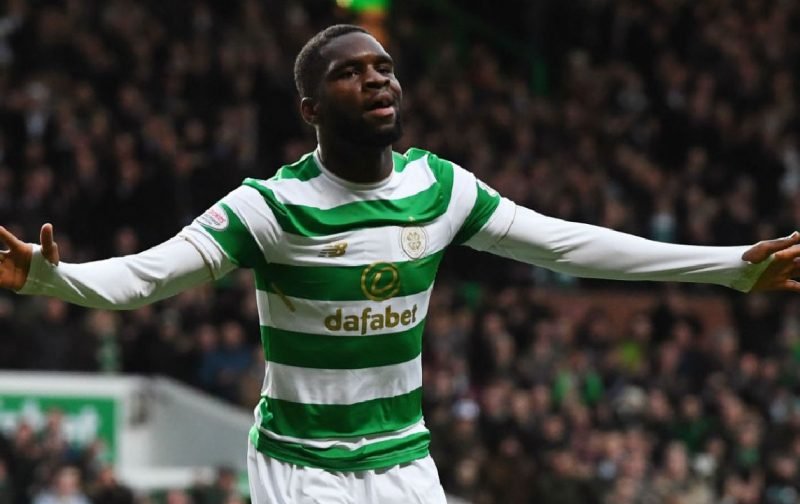 Edouard, who scored 22 goals in 52 appearances in all competitions for the Hoops last season, including some vital late goals, has a contract at the club which runs until the summer of 2022.

Here’s why Celtic shouldn’t be under any pressure to sell him and why they should keep him in any case:

Predominantly a striker, Odsonne Edouard is a versatile forward, who can play as a support-striker, an attacking-midfielder or as a winger on either side of the field.

His returns of 33 goals and 12 assists in 81 appearances in all competitions playing for Celtic is pretty decent, to say the least. It also shows that he is contributing to the team in terms of creation of goals, and not only the scoring of it.

In terms of the attributes, the former French U-19 international has good pace, possesses great dribbling skills, is physically good on and off the ball and makes good decisions in the final third.

So, knowing that Edouard’s contract still has 36 months remaining and he is good form at the moment, Celtic shouldn’t even think of selling him, even if Lazio come with a bumper offer.

All in all, we can conclude by saying that Neil Lennon’s men shouldn’t be attracted to the money offered for the player, and rather focus on building a team with him for next season.