According to a report in Scottish Sun, treble winners Celtic are interested in signing Bournemouth goalkeeper Asmir Begovic this summer.

The Cherries stopper, who was their number one until the first half of last season, was dropped down to the bench in favour veteran Artur Boruc since the turn of the year. This fueled speculations regarding his future at the club. (h/t Scottish Sun)

Now, Daily Star says that the former Chelsea man is linked with a move to Scottish champions Celtic, with their manager Neil Lennon keeping an eye on him. (h/t Scottish Sun)

However, the Hoops will face stern competition as Stoke City, Fenerbahce and Olympiacos are all interested in signing the Bosnian star. (h/t Scottish Sun)

Here’s why they should beat others to sign him this summer:

Begovic’s experience would be key for the Hoops

Asmir Begovic is one of the most experienced keepers around, having played a ton of games in the Premier League. With over 60 international caps to his name, the 32-year-old possesses the know-how of the game in an expansive way.

Talking about his goalkeeping attributes, the 32-year-old is good at diving and covering the goal to make saves from long-range shots. He is pretty secure when it comes to handling crosses and dominating his area of the field. 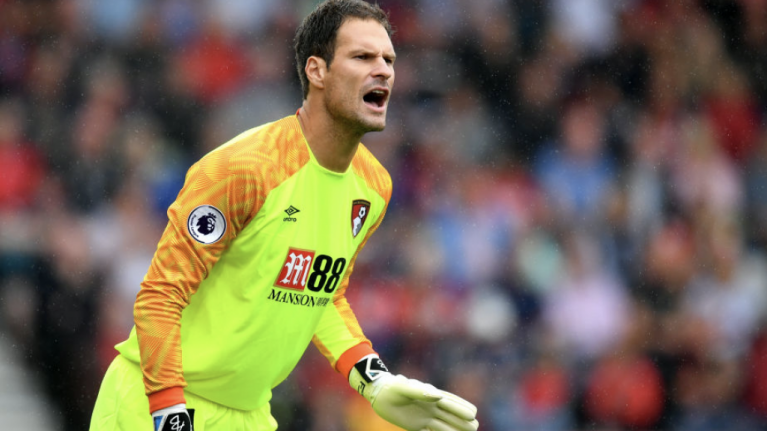 Furthermore, the Bournemouth stopper has very good reflexes, which allows him to save close-range shots. His kicking is accurate most times as well.

It has to be said that despite Celtic having Scott Bain and Craig Gordon in their squad, it won’t be a bad idea to sign Begovic this summer. He would add quality and experience to the team.

All in all, we can conclude by saying that the Hoops would be right to sign Asmir Begovic in the coming days.