Why Celtic should rekindle their interest in Asmir Begovic

According to a report in Sun, Bournemouth keeper Asmir Begovic is desperate to leave the club as he aims to get a transfer abroad before the European/Scottish transfer window deadline.

The 32-year-old has fallen down in pecking order at the Vitality, with manager Eddie Howe preferring to start with young Aaron Ramsdale in goal, and Artur Boruc as the number two.

As of now, Begovic still has three years left in his contract and has a wage around £80,000-a-week. There have been interests from clubs in France, Italy, Spain and also from the MLS. (h/t Sun)

As per a report in Scottish Sun, Scottish champions Celtic were also interested in signing the former Chelsea stopper last month. Neil Lennon’s men are still in the market to sign a new keeper before the Scottish window deadline day. (h/t Football Scotland)

Here’s why they should rekindle their interest in Begovic:

Asmir Begovic is a highly experienced and top quality goalkeeper who despite not getting regular opportunities at Bournemouth, is good enough to play elsewhere and make a positive impact.

With over 250 Premier League appearances and 63 clean sheets while playing for four different clubs, including the Cherries, the 32-year-old knows what it takes to succeed in one of the most toughest leagues for goalkeepers. 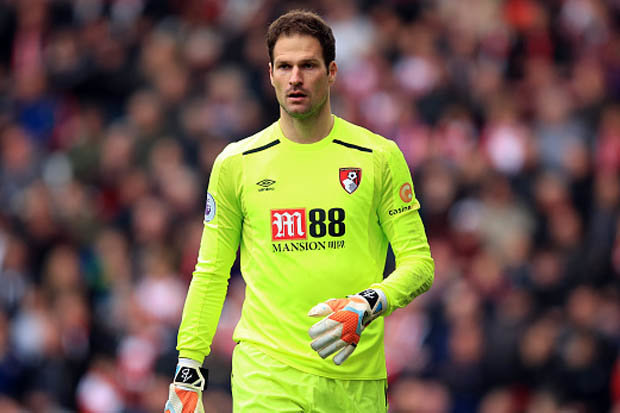 In terms of his attributes, Begovic is a very good shot stopper from long and short-range shots. He has very good reflexes to make saves from close to point blank range. His handling from crosses is very good, which helps him to dominate his area. He isn’t that bad in passing from the back as well.

It won’t be an exaggeration to say that the Bosnia international is good enough to be a top-class goalkeeper in the Scottish league.

Thus, Celtic, who need a goalkeeper after Scott Bain’s injury (h/t Football Scotland), could do with signing Asmir Begovic and handing him the number one role.

Despite the injury, the former hasn’t been that good. It would be better if the latter starts in goal and bring some stability to a nervy looking back line.