After selling Moussa Dembele late in the summer transfer window, it shouldn’t be a surprise to see Scottish champions Celtic in the January market for a striker. They need another front man to support Leigh Griffiths and Odsonne Edouard, both of whom are taking turns to impress the manager.

While the former has been missing in the past few weeks, the latter is slowly starting to show his qualities but is still far away from being the finished article.

The strike duo has scored 8 league goals in 19 appearances this season, yet the Hoops could do with another quality centre-forward in their ranks.

The Bhoys are obviously in the race for the title, while they still remain in the race to qualify for the knockout stages of the Europa League too. Therefore, if they stay in the latter beyond January, the widening of the squad in terms of numbers and quality is a must.

One striker who Celtic can re-sign is John Guidetti. The Swede played for the club on loan from Manchester City in the 2014-15 season, where he scored 15 goals in 35 appearances, although he had a dip in form in the second part of the season.

Since then, the 26-year-old has played for Celta Vigo and now Alaves. Having joined the latter in January this year, Guidetti hasn’t been able to keep his place on a regular basis.

The striker has appeared 19 times for the club and netted three goals. He has just made six league appearances this season in the La Liga (three off the bench) and has failed to score a goal.

Celtic should make a move for him not based on his current form, but on the basis of what he did when he last played for them. He may not possess the work rate which a Brendan Rodgers team is associated with, but the Swede is a natural goalscorer who will make the difference in crucial junctures of the game. 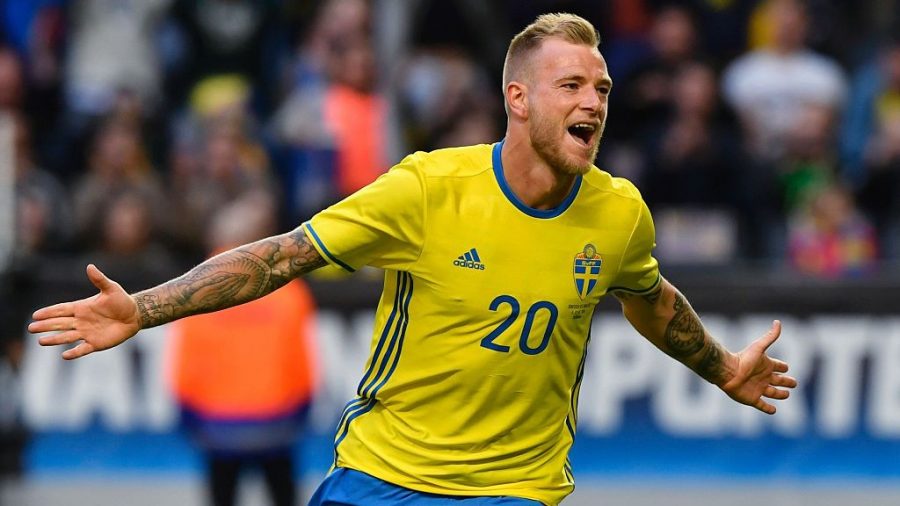 Read More: Why Celtic completing a deal for 22-year-old starlet is a win-win for both parties involved – opinion

It is clear as a crystal ball that the Hoops cannot rely on Edouard and Griffiths for the whole season. Guidetti is just the right option for them as he is entering his peak age. Playing regularly could get the best out of him.

He is a genuine goalscoring threat to the defenders, something which will benefit the Scottish champions.