Celtic were crowned Champions for the 8th season in a row after a 3-0 demolition of Aberdeen on Saturday. Goals from Mikael Lustig, Jozo Simunovic and Odsonne Edouard gave the Hoops the three points as well as the title.

The visitors had the first chance of the game after Tomas Rogic found himself on the right-hand side of the 6-yard box but his header was well saved. Celtic dominated the opening exchanges as Aberdeen failed to get a sniff of the ball.

Aberdeen had their first chance in the 16th minute after Scott Brown carelessly gave the ball away to Greg Stewart, who dinked the ball into the path of Wilson but the youngster’s shot into the ground tipped the crossbar and went over. 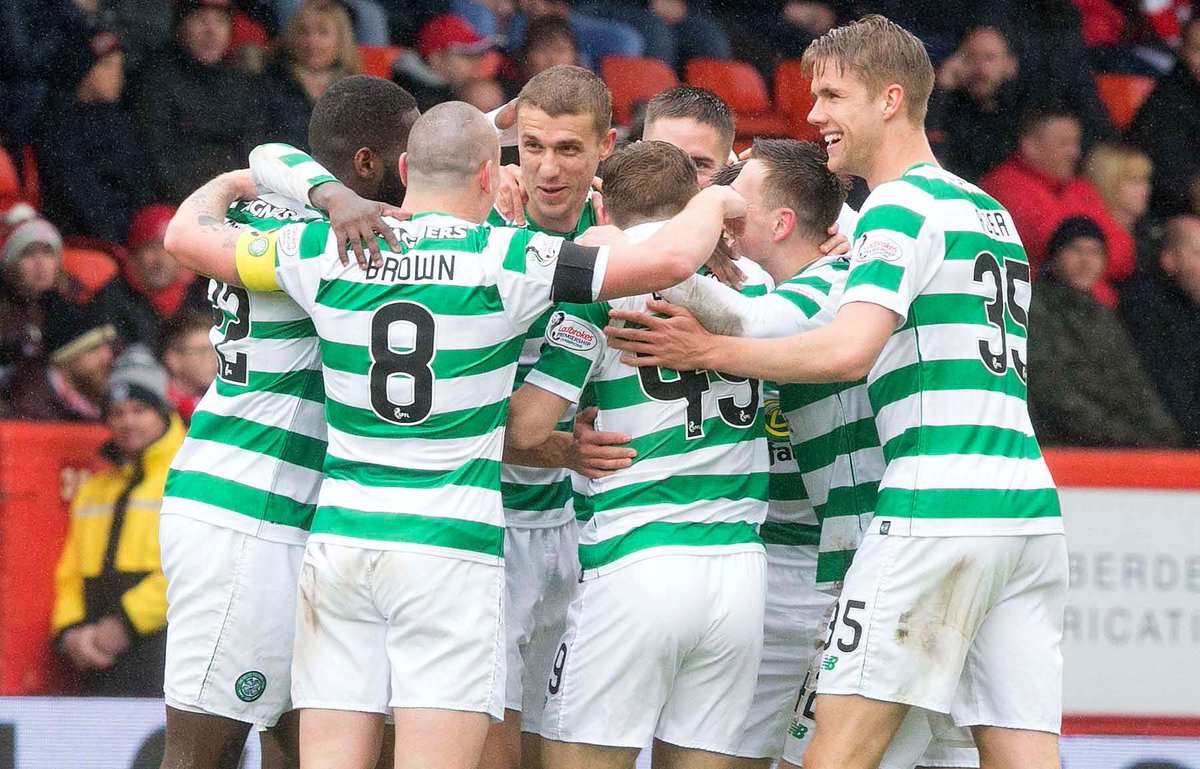 Timothy Weah went into the book in the 19th minute after a foul and Logan at the halfway line. Wilson had another huge chance this time after he found himself at the end of a loose save from Bain but his shot thundered off the post.

Edouard did well to screen the ball at the edge of the box before passing it into the path of Forrest but his shot curled wide. The Hoops finally went ahead in the 40th minute after Lustig’s spectacular diving header flew past Lewis. Celtic went into the break with a deserved lead.

James Wilson had the first chance of the half after Stevie May’s cross found him at an awkward height, which caused his volley to miss the target. Jozo Simunovic doubled the Hoops’ lead in the 53rd minute after a towering header from a corner. The Hoops had one hand on the title at this point. 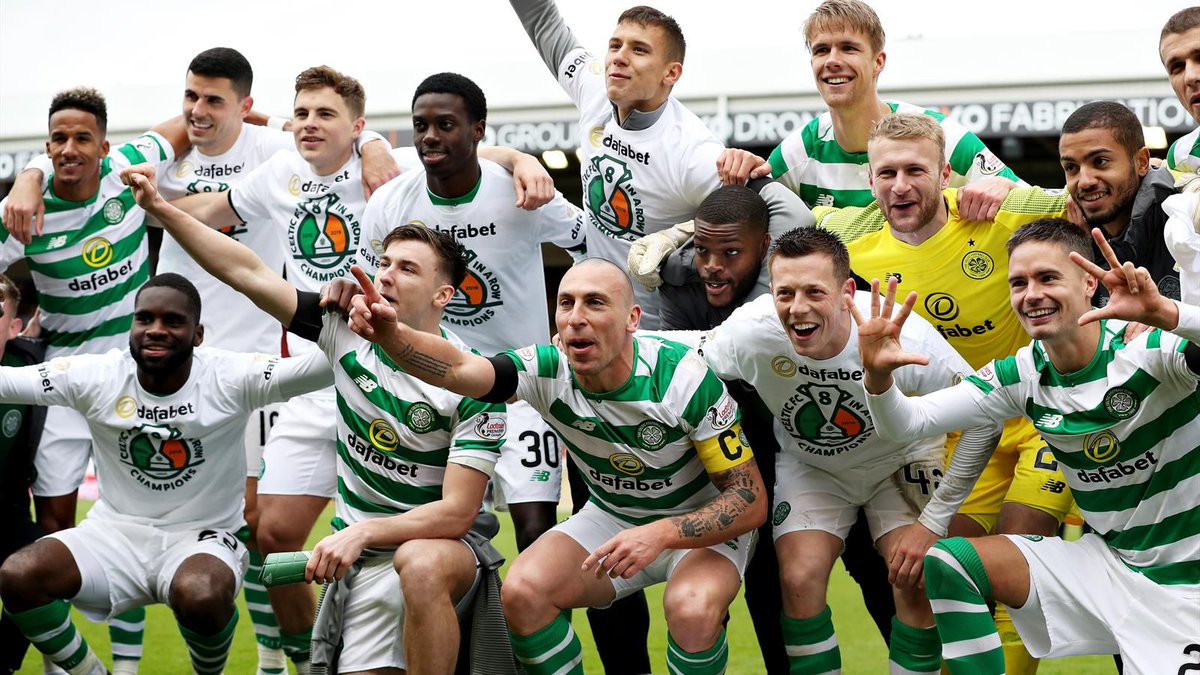 Kieran Tierney hobbled off the pitch with an injury and he was replaced by Jonny Hayes. The second goal dropped the shoulders of the hosts as they failed to look threatening.

The frustration from the lack of chances caused Sam Cosgrove to commit a horrible tackle on Hayes, which got him a yellow card. The substitute looked in a lot of pain and the replays showed that Cosgrove was lucky not to receive a red card.

Oliver Burke replaced Timothy Weah for the last 20 minutes of the game. Tom Rogic had all the freedom in the world as he galloped through the middle of the park before slipping in a ball to Edouard, who cut inside before drilling a low shot past Lewis. 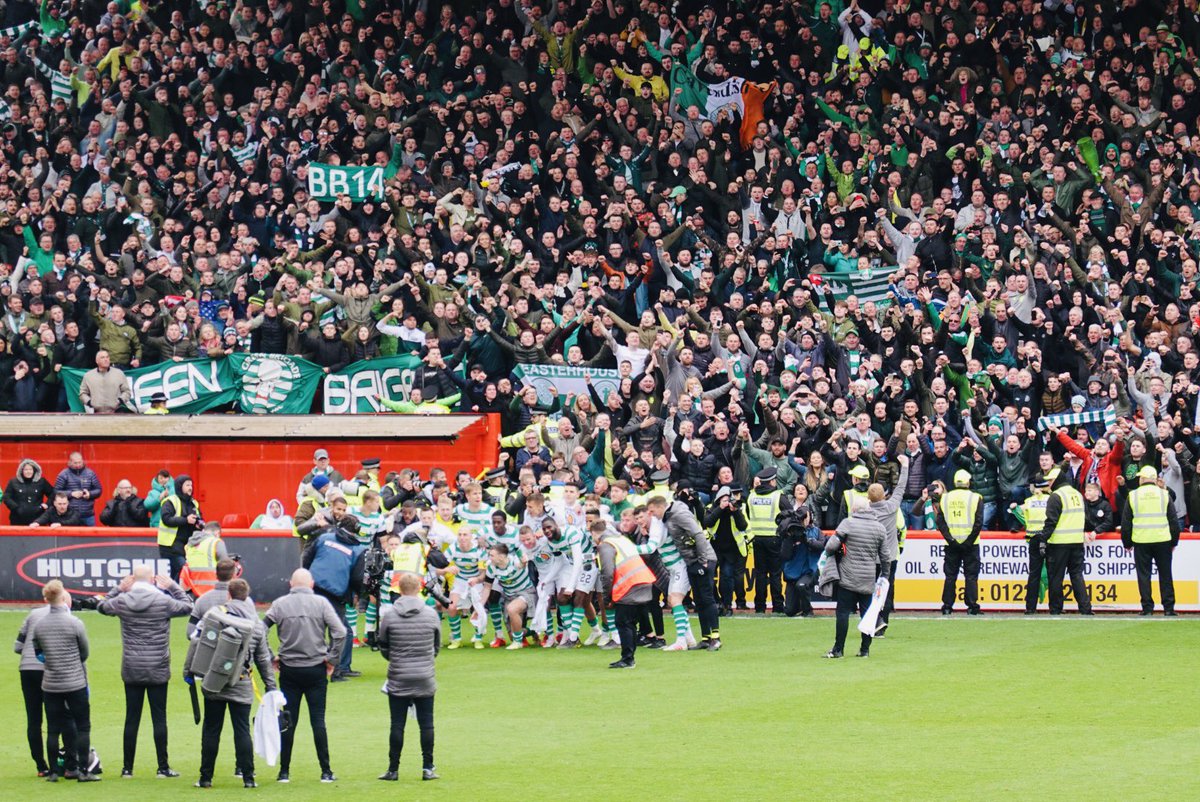 The third goal well and truly killed the game and Celtic celebrated the title. Here’s how Hoops fans reacted to the brilliant victory: