Celtic’s captain Scott Brown has been at the club for nearly 12 years. Now, with his contract expiring at the end of the current season, should the Hoops consider offering their veteran a new contract amid transfer rumours?

Sky Sports has reported that Australian side Western Melbourne are more than willing to offer the 33-year-old a multi-year deal.

However, given how valuable Brown has proven to be – both as a midfield general and a leader – can Brendan Rodgers really think about letting him go?

That is something only the former Liverpool boss can answer and while the club do have Scott Allan, Nir Bitton and a few others to replace him, it will be tough to replace Brown’s leadership.

Despite being 33, Brown has still managed to play every minute of the Champions League qualifying games.

Out of 14 appearances in the Premiership, he’s played 90 minutes in all but three games. A knee injury did keep him out of five games, including three crucial games in the Europa League qualification. However, it is clear that his presence at the base of the midfield is what makes Celtic tick. 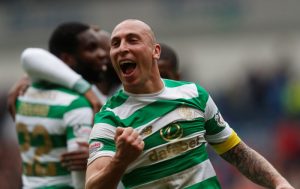 To replace that will be very hard. Maybe in the longer run, Olivier Ntcham will be able to help out but for now, the 22-year-old needs to learn under the experienced captain.

However, for Brown himself, leaving the Premiership will allow him to test himself elsewhere as he has spent all of his career in Scotland, amassing a grand total of 377 appearances so far.

That combined with Western Melbourne’s ambition to make him their marquee player could see the 33-year-old eventually deciding to part ways with a club he’s been with for a little over a decade.

Read More: Celtic signing this 20-year-old sensation in a cut-price deal would help them brush off Rangers in the title race

Sky Sports further adds that Melbourne director Lou Sticca has a good relationship with the Premiership giants and is hoping that it will help seal the deal. That said, manager Brendan Rodgers should do everything he can to retain his captain and leader. Without his presence, Celtic would surely not be the same.