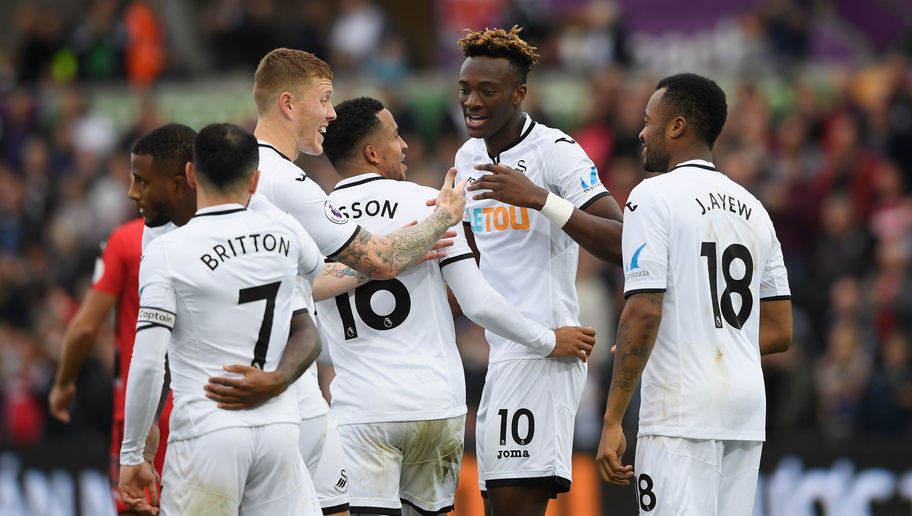 Swansea City will take on League Two side Notts County in the fourth round of the FA Cup at the Meadow Lane on Saturday.

The Swans sit at the bottom of the Premier League table but have managed to turn things around a little in the past couple of weeks. They have just a lost a solitary game out of their last six across all competitions and come into the game, high on confidence after having beaten Liverpool 1-0 on Monday night in the league. Manager Carlos Carvalhal will be keen on continuing the run of form in the cup tie as well.

Swansea defeated EFL Championship leaders Wolverhampton Wanderers in the previous round via a replay.

Defender Angel Rangel and on-loan players Renato Sanches and Tammy Abraham are the only doubts for the game.

Here’s how the Swans might take the field against Notts County on Saturday:

The Swedish goalkeeper should come in for No.1 choice Lukasz Fabianski.

The Englishman could get a look in, with Mike van der Hoorn the most likely to make way for him in the line-up.

The Argentine international has been a solid performer for the Swans and should keep his starting berth against Notts County.

The hero of the win over Liverpool on Monday night, Alfie Mawson is a definite starter in the backline for the Swans.

The 22-year old started the third round fixture against Wolves and should get another chance on Saturday against Notts County, at right wing-back.

The Netherlands international has been a permanent fixture in the midfield for Swansea and it is unlikely that Carvalhal might drop him.

The Spanish midfielder is another player who played in the FA Cup win over Wolves and might get recalled for the weekend’s fixture.

The former Tottenham Hotspur man started on the left wing-back in the last cup game and could once again find himself thrust in that role.

The Dutch winger did not get any minutes in the win over Liverpool. Should start on the right-hand side of the attacking trident at the Meadow Lane.

One of the goal-scorers from the win over Wolves in the third round, Wilfried Bony should start at the tip of the attack, after being left out of the team on Monday.

The Ghanaian was the other player who found the net against Wolves and will want to get his name on the scoresheet again when the Swans take on Notts County.