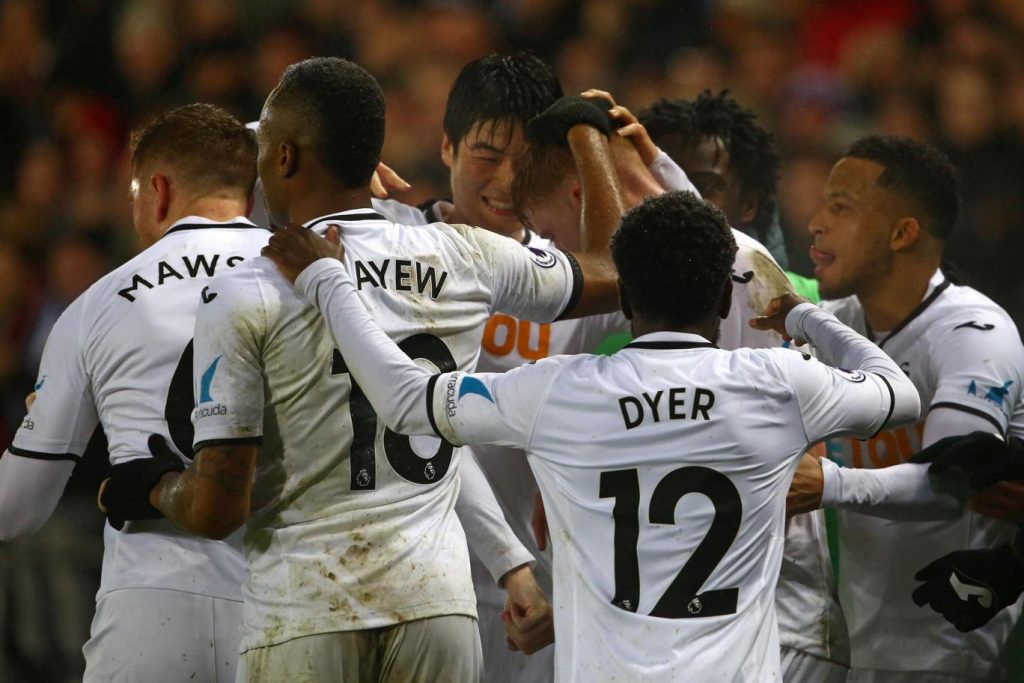 Swansea City will look to bounce back from the disappointing defeat against Chelsea last weekend as they travel to Bournemouth on Saturday.

Swansea find themselves just one point outside the relegation zone which makes the Bournemouth game very important. Carlos Carvalhal’s side are without a win in their last six league outings and know that anything less than a win would be asking for trouble.

Nevertheless, the Swans will be buoyant and would try their level best to get a positive result this weekend.

Fabianski has been an inspiring figure in goal for the Swans, producing crucial saves every game. He should retain his place between the sticks against Bournemouth.

At right-back, Naughton has been decent and knows to keep things simple. He gets forward to help the team in attacks while being is defensively solid too.

An experienced centre-back, Van Der Hoorn will have his task cut out against the free-flowing Bournemouth side.

Mawson is one of Swansea’s most crucial players at the back and will look to put in another impressive performance at the weekend.

Olsson is an attacking left-back blessed with good pace and fine crossing abilities. Defensively, he needs to improve a bit but overall, he is a fine player to have in the squad.

King will provide the base for the Swansea attackers to express themselves more freely. He will start as the deepest of the midfield three and look to dictate the tempo of the game.

Ki has been disappointing this season but will look to help his side to all three points at Bournemouth. The South Korean is a clever player and possesses clever movement, which can be worrisome for the Cherries defenders.

Clucas will look to add more dynamism and bite to the midfield. He will start on the left-hand side of the midfield.

Dyer has a lot of quality and potential but often fails to deliver on the pitch. A pacey customer with intelligent movement, the winger will be key to unlocking the Bournemouth defence. With his blistering pace and skill set, Dyer will look to stretch the opposition defence as Swansea look for a win at the sea coast.

Since returning back to Swansea, Ayew has blown hot and cold. He would be tasked with adding some much-needed pace and creativity to the attack.

Leading Swansea’s attack will be Jordan Ayew, who has enjoyed a good season so far with the Welsh outfit. When he plays well, he is an absolute handful for the defenders but is guilty of going missing at times. He needs to be clinical against Bournemouth to help his side avoid relegation this term.