When Cardiff City secured promotion to the Premier League following a successful season in the Championship, the Bluebirds were expected to have a tough time staying up in the top-flight.

Neil Warnock’s men find themselves 16th in the Premier League standings, hovering above the relegation zone, slightly better than where they were a couple of months back.

Victories over Fulham, Brighton and most recently Wolverhampton Wanderers have given the Welsh outfit an outside chance of staying up in the Premier League. The Bluebirds have shown plenty of character and resilience this season but they have found it tough to cope with the quality of the opposition that they have been up against.

As much as it is fair to say that Cardiff have a glimmer of hope, it will be nothing short of a miracle if they manage to survive relegation this season. In other words, it is definitely possible but not that probable. 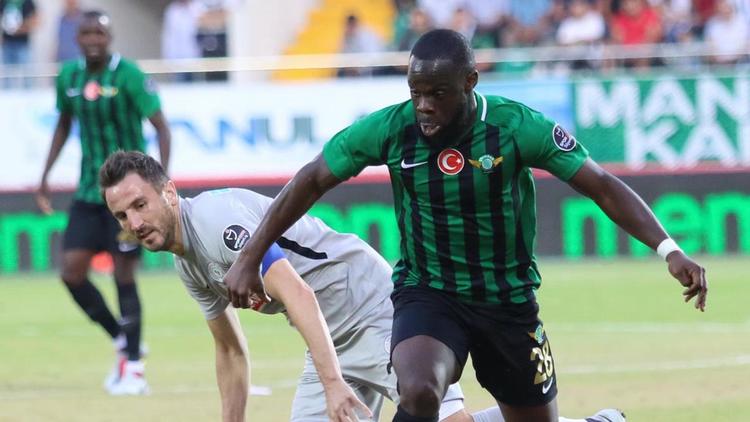 Cardiff’s leaky backline has shipped goals at an alarming rate this season but their attackers haven’t had much joy either. Callum Paterson is probably the only one who has made some sort of an impact in the Premier League, winning plenty of aerial balls inside the box and scoring 4 goals so far.

Junior Hoilett was supposed to be one of the mainstays of Cardiff’s attack this season but the Canadian international has been well below par in the Premier League while Kenneth Zohore, Danny Ward and Kadeem Harris have failed to hit the ground running.

Suffice to say, Cardiff need more energy and impactful players in their attack to score more goals and move up the table. And Neil Warnock needs to dip into the transfer market in January to bolster the attack.

To put things into perspective, former Brighton and Huddersfield striker Elvis Manu would be the ideal January business for the Bluebirds. The 25-year-old former Dutch U21 international currently plies his trade with Akhisarspor in the Turkish SuperLiga and his versatility to operate as a centre-forward and also as a left-winger would be a massive boost to Cardiff’s squad depth.

Standing at 5ft 8in, Manu is not particularly tall for a centre-forward but he makes up for his lack of height with his pace, dribbling skills and goalscoring prowess. A fast, agile and fleet-footed attacker, Manu likes to play direct football and backs himself to beat his defensive counterparts with his driving runs and silky dribbling.

An instinctive forward, Manu has a knack of being at the right place and at the right time to find the net, something that should prompt Cardiff all the more to make a move for him.

The 25-year-old has hit the ground running in the Turkish SuperLiga this season, scoring 3 goals and providing an assist in 12 appearances. He has also impressed in the Europa League, scoring a goal in Akhisarspsor’s 3-2 defeat against Sevilla in the group stages.

Read More: Signing this £75,000-a-week Chelsea star would be a huge statement of intent by Cardiff – Warnock must get him

That said, Cardiff can do their chances of avoiding the drop a world of good if they can somehow lure Elvis Manu back to English football. He didn’t get too many opportunities to prove his worth at Brighton and Huddersfield but Cardiff should rely on him to deliver the goods.