According to a report in Scottish Sun, newly-relegated Cardiff City are interested in making a £1m move for Kilmarnock striker Eamonn Brophy during this transfer window.

Manager Neil Warnock has identified the player as the one who could make a positive impact in the English second-tier football (h/t Scottish Sun), as Cardiff aim to get back to the Premier League. 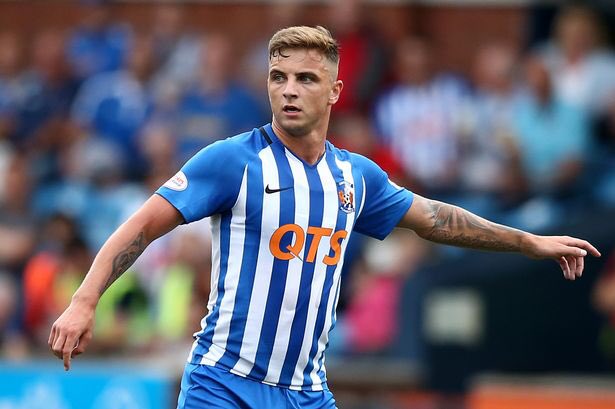 Brophy has been a good part of the Kilmarnock squad and managed to score 12 goals and provide three assists in all competitions during the course of last season.

Currently, his contract with the Scottish side runs until the summer of 2021. Killie wouldn’t be in much of a hurry to sell the player during this transfer window itself.

However, here’s why Cardiff City should make the push to sign him ahead of next season:

Predominantly a striker, Eamonn Brophy can play as a support striker or as a right-winger if required by the team. But he has been used only as a centre-forward in all of the games for Kilmarnock and did a good job there.

In terms of his attributes, the 23-year-old is physically strong while being pacy enough to stretch the opposition defence. In addition, he is good at finishing off chances and is a decent dribbler of the ball.

It can be said that Brophy is one of those centre-forwards who can play that old-fashioned number 9 role and trouble the opposition defence on a regular basis.

His impressive goalscoring returns signify that Cardiff City are doing the right thing by pursuing a deal to sign him ahead of next season. The youngster could add some much-needed goals to the team to help them challenge for promotion.

All in all, we can conclude by saying that Neil Warnock’s men shouldn’t hesitate to make a move to sign Eamonn Brophy.