Predicted Bournemouth line-up to face Chelsea in the League Cup

Bournemouth will travel to Stamford Bridge to face Chelsea in the quarter-finals of the Carabao Cup on Wednesday.

The Cherries are in a dismal run of form at the moment, winning just one in seven league games. They were beaten 2-0 at Wolverhampton Wanderers at the weekend that saw Eddie Howe’s men drop down to 11th place on the table.

Bournemouth, however, will look to claim a place in the semi-finals of the Carabao Cup, but face a hurdle in the form of Chelsea, who have reached this point by beating the likes of Liverpool and Derby County.

Simon Francis and Tyrone Mings are likely to miss the game with hip and lower back injuries respectively.

Adam Smith is out for three months. Dan Gosling has had an operation on his knee but that won’t keep him out for long. Meanwhile, Lewis Cook is ruled out for the season with ACL damage.

Boruc has been in goal for Bournemouth’s cup games and that should remain the same on Wednesday.

Cook has been a permanent fixture in the Cherries backline this season. He is likely to keep his place in the team.

Bournemouth’s defensive lynchpin, Ake will look to keep his former club at bay on Wednesday.

Due to injuries to natural centre-backs, Daniels should start in the three-man defence as Bournemouth look to stop Chelsea.

Fraser has been fantastic this season for the Cherries. His versatility would come handy as Howe might give him a role at right wing-back in this midweek cup game.

Rico started both the cup games and should start against Chelsea as well. 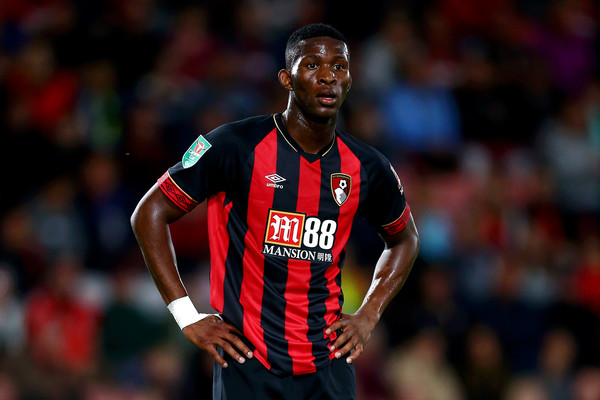 Lerma is a strong defensive midfielder who will be tasked with neutralising the Chelsea attack on Wednesday.

Surman could partner Lerma in central midfield. The South African-born star will have to be at the top of his game to help Bournemouth cross the Chelsea hurdle.

Brooks’ trickery and pace could give Chelsea defenders a tough time on Wednesday. 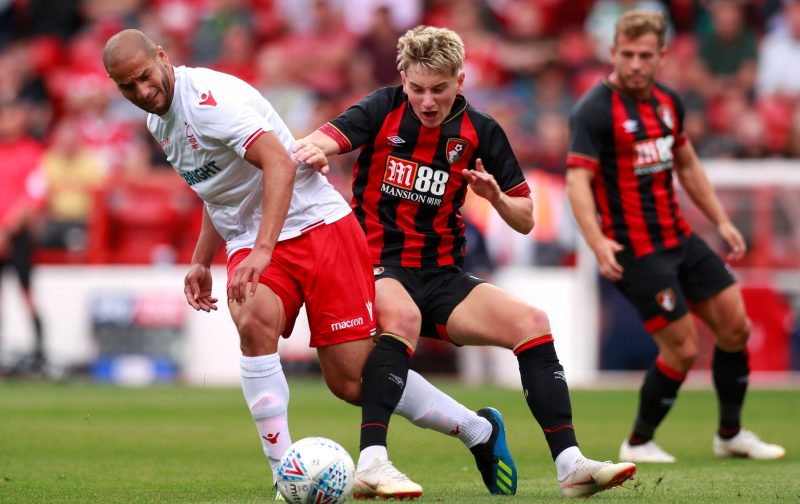 Stanislas is a tireless worker and will give Bournemouth a different dimension to their play in the final third.

Read more: Go for it Howe – This 27-year-old German World Cup winner would be a perfect partner for Lerma at Bournemouth

King is expected to lead the line for the Cherries. A strong, powerful and clinical striker, he’ll look to guide his team to the competition’s semi-finals. 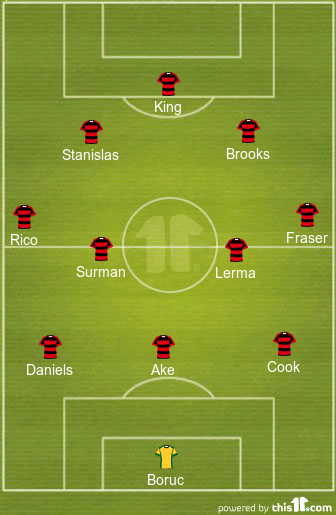