Portugal opened their World Cup campaign in a fashionable way, drawing 3-3 with Spain, which saw Cristiano Ronaldo take the limelight. The Real Madrid forward scored a hat-trick, including a sublime free-kick against De Gea.

Ronaldo struck once again as Portugal beat Morocco 1-0. They were far from impressive in their final game against Iran, in which Ricardo Quaresma scored a stylish outside-foot curler, but the game ended 1-1 after Iran scored a controversial last-minute penalty.

Portugal are no pushovers and are certainly starting to show that they mean business. They take on Uruguay on Saturday in Sochi.

Fernando Santos has no new fresh injury concerns after Joao Moutinho, who had an illness, came on as a late substitute against Iran. However, around six Portugal players are one yellow card away from suspension, including Cristiano Ronaldo. 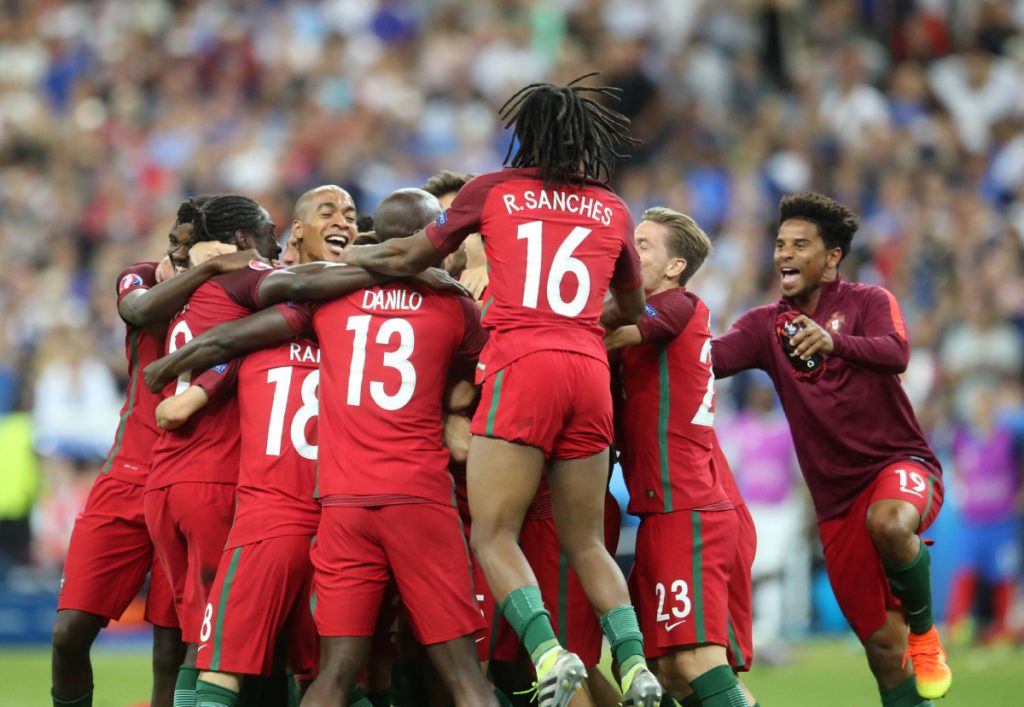 The goalkeeper has been impressive for the national team since their Euro triumph in 2016. Patricio’s efforts have seen him earn a move to newly-promoted Premier League side Wolverhampton Wanderers. Santos should stick with him for the game.

The 24-year-old Dortmund wing-back has started all three games for Portugal and has done reasonably well. He’s the best left-back/wing-back that Portugal currently possess and he should start against the South Americans.

Pepe is Portugal’s best centre-back and though age has restricted his game a little, he will still be crucial to the backline. Pepe is known for his aggression and physicality. Portugal will certainly need it against Edinson Cavani and Luis Suarez.

Fonte has started all three of Portugal’s games and forms a fine partnership with Pepe. He is West Ham United’s sergeant at the back and his aerial prowess will come in handy against the Uruguayan strikers.

Cedric has also started every single game for Portugal so far and has shown no signs of stopping. He was one of Southampton’s top performers this past season.

The Inter Milan midfielder came into the line-up in the game against Morocco and was impressive. He’s got the pace and the skill down the left-hand side, which should prove useful for the Portugal strikers.

Defensively very solid and strong, Carvalho is Portugal’s destroyer in the middle of the park. His ability to track the ball is very important as others gain the freedom to attack.

Moutinho came on as a late substitute last match and impressed. He was suffering from an illness and missed the second game against Iran. Moutinho is Portugal’s playmaker and his creativity will be crucial for Portugal.

Bernardo Silva enjoyed a superb debut campaign with Manchester City. His silky ability on the ball makes it very hard for defenders to make a tackle. He’s also got a gem of a left foot, capable of firing thunderous shots.

You may also like: Top 5 Sexiest WAGS Of Cristiano Ronaldo Before He Met Georgina Rodriguez

Portugal’s undisputed star will certainly be prepared for the game. It’s in Ronaldo’s blood to show up in big games and steal the show. Santos will be aiming to unleash a fully-fit Ronaldo against the Uruguayans.

The Milan forward started just one game in the group stage but showed more threat and venom than Guedes. He should be given the nod.