According to a report from the Liverpool Echo, Everton flop Cenk Tosun has attracted interest from Bundesliga side Schalke. The Turk has had a terrible time since making the switch to Goodison Park in January 2018 and his lack of goals have cost Everton a spot in the Europa League.

The Toffees finished just three points behind 7th placed Wolves, a place that could easily have been theirs if they had a reliable striker up front. Tosun has scored just three times all season and Everton should make it a priority to move him on in the summer. 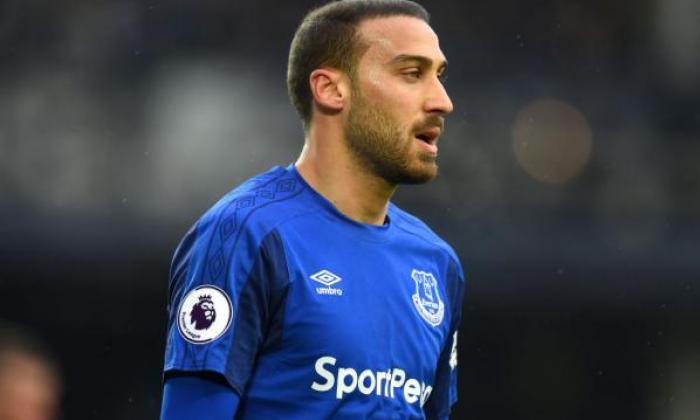 However, if Tosun is sold, Everton will be left with just young Dominic Calvert-Lewin who isn’t quite ready to lead them to the top-seven all by himself. The Toffees will need a reliable forward up front who can guarantee them goals next season.

Here are three players that Marco Silva should target to replace Tosun in the summer:

The Fulham forward has been linked with a move to a whole host of Premier League clubs including Everton and he would be a brilliant fit at Goodison Park next season. Mitrovic missed just one game all season and scored 11 goals for a Fulham side with very little service.

The Serbian will thrive in this Everton squad with a number of creative outlets around him. The likes of Sigurdsson, Bernard and Richarlison will bring the best of Mitrovic and vice-versa next campaign and the Toffees would turn into a strong attacking force next season.

The Belgian had an impressive loan spell at Crystal Palace in the second half of the season and he could have a very good impact at Everton next season.

The Toffees have been linked with a £35million move for the Chelsea forward in recent weeks but they will have a lot of convincing to do due to the Blues’ transfer ban.

Batshuayi will give Marco Silva the option of playing two strikers up top and thanks to the Belgian’s movement, Calvert-Lewin’s development will also be massively aided. Silva should have him as a backup if they miss out on Mitrovic next season.

The 28-year-old star has attracted the likes of Chelsea, Wolves, West Ham and Everton with his brilliant performances this season and he will available in the summer. Marega is an absolute tank. His strength to bully the defenders has been hugely beneficial to Porto this season and his finishing has been incredibly clinical. Marega’s physicality will help him fit into the Premier League easily and Everton should have his option open this summer.