Why Burnley should make a move for Teji Savanier in January

According to a report from Lancashire Telegraph, Burnley boss Sean Dyche wants to strengthen his squad in the January transfer window.

Burnley are 16th in the table, just two points above the relegation zone following a poor start to the 2018/19 Premier League campaign.

After a seventh-placed finish last term, the Clarets were expected to go one step further this term but nothing has gone according to the plan. Sean Dyche’s men have struggled royally this season, although they have started to find some momentum of late with back-to-back league wins over West Ham and Huddersfield Town plus a place in FA Cup’s fourth round following a win over Barnsley.

Burnley need to keep winning games if they are to clinch safety in the top-flight. And a couple of January reinforcements would definitely do a world of good for the Clarets.

The Clarets are in dire need of a creative presence in the midfield following their problems to break teams that defend deep this season. The likes of Jack Cork, Jeff Hendrick, Ashley Westwood and Steven Defour are all decent midfielders but none of them can be a termed as a creative player that can score and assist goals at a consistent rate.

That’s the area Burnley are lacking at the moment and Dyche would be wise to make a move for Nimes Olympique star Teji Savanier.

Teji Savanier, 27, was one of the unheralded talents in Ligue 1 before the 2018/19 season. He has been ripping apart defences at will this season, having already scored two goals and supplied five assists in 13 Ligue 1 games for Nimes Olympique.

The diminutive Frenchman is an effective crosser of the ball, can play an excellent defence-splitting through ball, and has the ability to ghost defences with his intelligent movement. Teji Savanier is one of the most gifted dribblers in the entire Ligue 1. He has been bamboozling his opponents in France with his trickery, dribbling skills and pace. 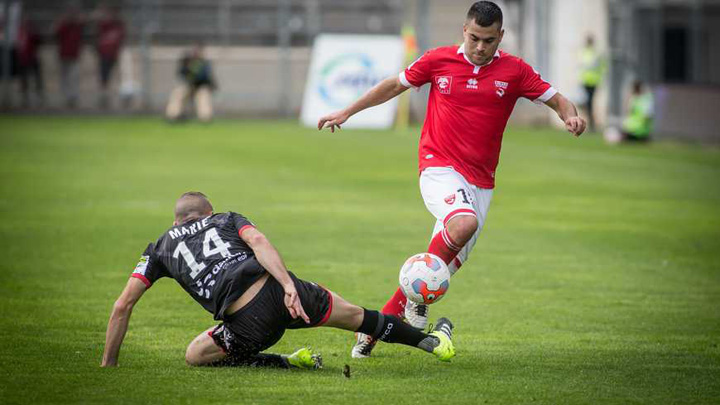 Furthermore, the 27-year-old ace is a set-piece specialist who can add a lot of value to Burnley. A tenacious performer, Savanier is a class act and on his day, he is simply unplayable. His direct style of play makes him a perfect fit for Dyche’s Burnley.

Read more: This 27-year-old Championship sensation could be just what Sean Dyche needs to ensure Burnley can retain their Premier League status

That said, Burnley can do their chances of survival a world of good if they manage to land Savanier in January.