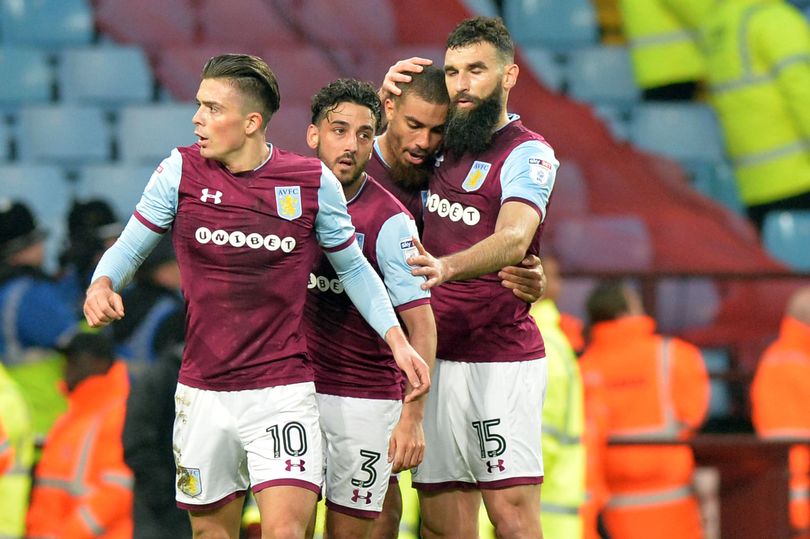 Aston Villa are 4 points away from 2nd place with just 2 games to go and it would take an almighty collapse from two teams for Villa to sneak into the automatic promotion picture.

Therefore, Steve Bruce and his side are preparing for the gauntlet of the playoffs and there is no better way to prepare than playing Derby County. The Rams have been in terrible form but managed to brush aside Cardiff to increase their likelihood of making it into the playoffs.

Steve Bruce was at the Derby vs Cardiff game on Tuesday night and will use all of his tactical nouse to try and inflict a defeat on the Rams.

The on-loan Manchester United keeper hasn’t conceded in three games and will want to keep that run going against Derby.

The Welsh international went off with a knock against Ipswich but only as a precaution, and should start this game at left-back.

The talismanic 37-year-old has been rested for three games after picking up a small injury. He should be fully ready to play the Rams.

James Chester has had an excellent season for Villa and over the past few games, he had been leading the defence. Should resume his partnership with Terry this weekend.

The Egyptian right-back has been an ever-present for Villa this season and has recently been in good form.

The 34-year-old will provide cover for the defence and allow the other creative players to shine in front of him.

The creative on-loan Spurs player, Josh Onomah has had a mixed season for Villa but put in an excellent performance against Ipswich and deserves to keep his place.

What a season Jack Grealish is having. Probably his best since he burst on to the scene in 2014. The attacking midfielder should go back to the centre after playing on the wing against Ipswich.

The Irish international is a talented player with a history of scoring excellent goals. He will think a little defensively than Grealish.

The on-loan West Ham midfielder is loving life in the West Midlands and must be restored to the team after being rested against Ipswich.

Lewis Grabban has been fighting for his place in the side. The two goals he got against Ipswich should help his case.