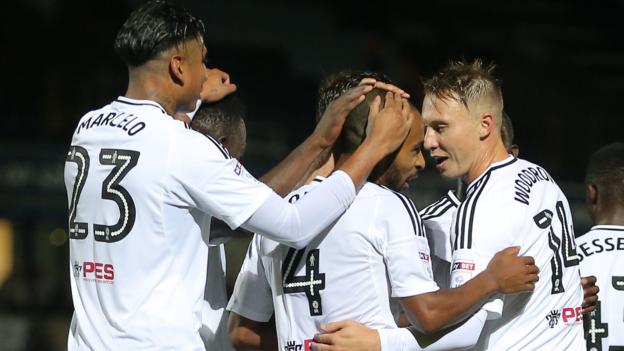 An excellent victory for Fulham in a fixture that was never going to be as straight-forward as the table implied. Leeds were never going to roll over but Fulham played a good game and out-classed them in the end.

It kept Fulham in 3rd place in the table, which they will be pleased with, considering that Aston Villa won as well. This means that the playoffs are seeming more and more certain for them.

Bettinelli only really had two real saves to make in the entire game. His defenders kept him well protected but Leeds didn’t really cause too much threat either.

Continued his good form. A rock at the right-back position. Made four good tackles and won a lot of his aerial duels. A solid game.

Odoi has played really well all season and was good in this game as well, marshalling the back four well and keeping the Leeds strikers at bay.

The 30-year-old had an exceptional game in the middle of the back four for Fulham, towering over the Leeds attackers and making five brilliant tackles.

Targett had a decent game. He stuck to his defensive duties well and Leeds did not have any luck against him.

The 29-year-old had a good game, passing the ball around really well and also doing good defensive work for his team. He also picked up a yellow card for a tactical foul that broke up a really promising Leeds attack.

Cairney got another assist to add to his tally and had a very good game overall, tackling well, taking on the players and being a general creative hub.

Stefan Johansen had a reasonably good game. He passed the ball well and always kept possession for his team, recycling the ball and starting new attacks.

Just an absolutely fantastic player. He loved taking on his man to provide chances for his team.

Didn’t have the best of games. He looked good defensively. An odd off-game for him.

Mitrovic had a fantastic game for Fulham, providing an assist (which was practically a goal on its own) and then finishing his chance for the second goal very well. Makes a massive difference to that Fulham attack when he is on his game.

Replaced Ayite in the 67th minutes but didn’t do too much of note.

Came on in the 88th minute to replace Kevin McDonald.