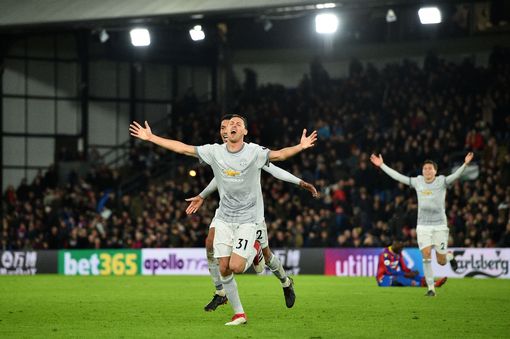 Manchester United sealed an emphatic comeback against an attack-minded Crystal Palace side. The match finished at 2-3, with Nemanja Matic lining one up from the distance for the visitors and superbly finishing off proceedings towards the Red Devils’ favour. The hosts ran riot early on, played fearlessly and led by two goals from Andros Townsend and Patrick Van Aanholt respectively.

As the match wore on, Chris Smalling levelled one back and that was just the start of a remarkable comeback. Later on, in the second half, Alexis Sanchez’s shot took a deflection but was destined only to hit the crossbar. Meanwhile, Christian Benteke tested David De Gea, but the gloveman smothered it away brilliantly. Manchester United have now moved back to the second place whereas the Eagles are very much in the relegation fight.

Surprisingly, another hot and cold display from the shot-stopper. He was beaten on his near post for the second goal but made an excellent save to deny Benteke later on.

Was completely left stranded for the second Palace goal and didn’t look convincing and disciplined. However, he assisted Smalling for the header.

Scored the opener for United but otherwise, was absolutely horrendous. Smalling was too kind to the opposition forwards, didn’t quite apply himself, which meant he offered too much space. Was at fault for a goal.

Yet again, Lindelöf looked abashed and vacillate at the back. Was at fault for Townsend’s goal. The youngster takes too long to settle into games.

Young was too predictable at times. He offered no end product and was often rushing into tackles. For the first goal, he allowed Townsend to exploit the space behind him.

Not at his very best in the midfield as he struggled to press, understand and position himself but he stepped up, later on, to score an absolute japper and complete a heroic comeback. 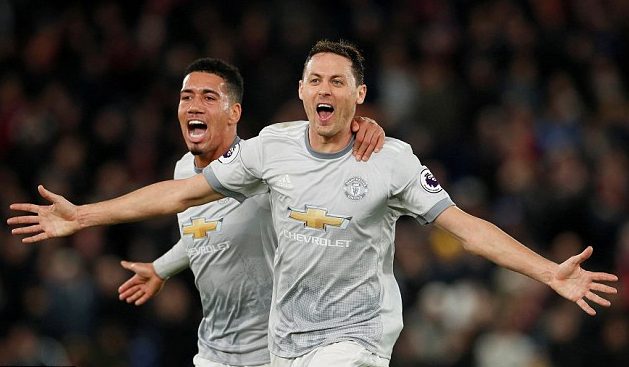 Not as energetic and alert as before. He was outpaced by his opposite numbers and more often than not, McTominay was too safe and simple in possession.

Yet another disappointing display from the Frenchman. Pogba failed to dictate the play, use his feet and make anything productive out of the given possession. Improved slightly in the second half though. 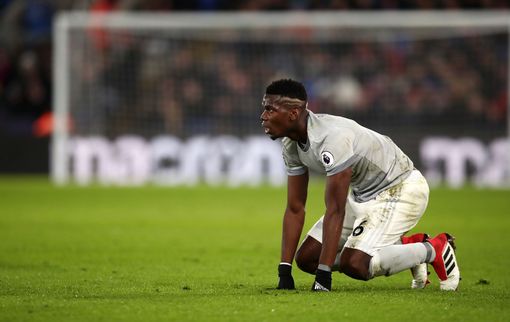 Didn’t receive the best service from the midfield trio and often dropped deep. However, he was decent with his movement and put up a fine display.

Brought in the penetrative edge, dribbled well, showed how cheeky and clever he can be when given space and he ran tirelessly. Early on though, he was wasteful with the final ball.

A purposeful performance. Lukaku took his chance extremely well, finished it off accurately and worked hard throughout the game. That said, he could have scored another goal.

A satisfactory display. He was direct and explosive but lacked the finishing touch and instinct.

Brought in the fresh legs element, crossed the ball well and was busy with the way he went about his business.

Brought about a rush and urgency going forward, provided width and whipped them in well. A good attacking move by Jose.