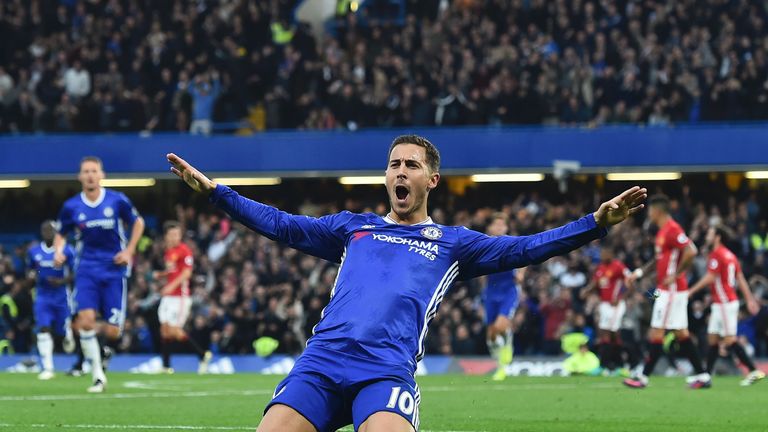 Chelsea took on Manchester United in the show-stopper fixture of the weekend. It was also fitting that this match was the last of the match day. The Blues came up trumps as they beat United 4-0 on the night. It was an unhappy return to Stamford Bridge for Jose Mourinho whose team capitulated not once but 4 times to cap off a horrible performance for The Red Devils.

Pedro scored the opener within 30 seconds and Chelsea didn’t look back ever since. Goals for Cahill, Hazard and Kante followed as Chelsea ran riot. United simply had no answer and succumbed to the pressure put upon them by Chelsea. Eden Hazard ran the show and Paul Pogba still looks some way off being worth all that money.

Here are the player ratings for the game –

Didn’t have a busy game but was put to the test by Herrera and Lingard. Responded well to save both attempts.

Did well in defence and combined well with his fellow defenders. Was out-jumped by Ibra on a couple of occasions but wasn’t punished as the Swede missed.

Should’ve been sent off for a high challenge on Fellaini but got away with a yellow card. Other than that he defended pretty well and blocked out everything Man United could throw at him. 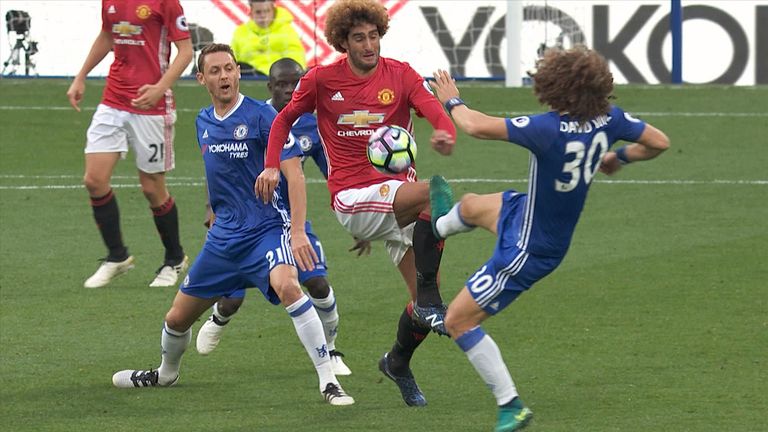 Seems to be getting back to his best as he negated the threat posed by Ibrahimovic and co. Scored the second goal following a series of ricochets as United failed to clear the ball. Imposing performance from the stand-in skipper.

Demonstrated the right balance between his attacking and defensive duties. Was an ever willing runner and tracked back with great intent.

Sprayed passes around effortlessly and finally got his name on the scoresheet for Chelsea with a well-taken goal that would put even his 100 million international teammates Pogba to shame.

Showed great intelligence throughout the game. Found Hazard with a great through ball which let the Belgian score the third goal and put the game to bed.

Was a reliable source on the left-hand side. Always willing to get high up the pitch and get involved in the team’s attacking forays. It was his early long ball forward that found Pedro which allowed the Spaniard to score. Showed great awareness to make the most of a mix-up between Smalling and De Gea to score the opener. Was excellent throughout.

Put in a great performance and was unlucky to not score. Linked up well with his teammates all game.  Targeted United’s backline at every opportunity and terrorized them.

Scored the third goal of the game. Had an excellent game throughout. Looks to be back to his best.