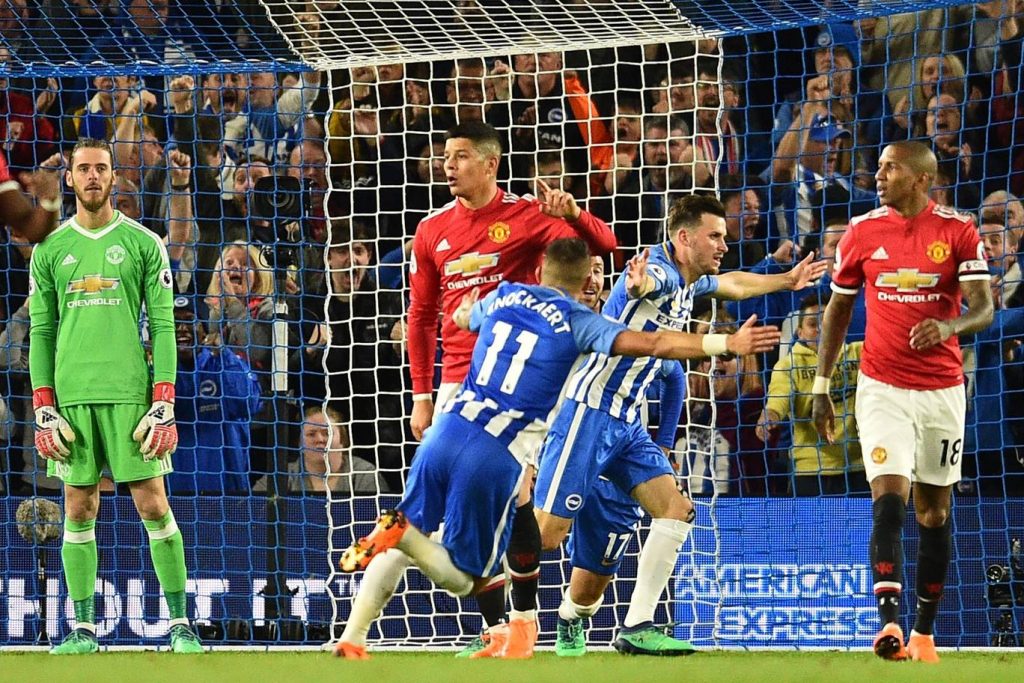 Brighton and Hove Albion secured their Premier League status with a monumental 1-0 win over Manchester United at the Amex Stadium on Friday.

Chris Hughton’s side were the better of the two throughout a scoreless first half, creating more chances, with Glenn Murray testing David de Gea with a rasping half-volley before the United goalkeeper tipped Jose Izquierdo’s shot over.

The Seagulls fully merited their goal when Pascal Gross beat Ashley Young in the air to head home Izquierdo’s cross. The ball was cleared by Marcos Rojo but from just behind the line.

Brighton’s goal saw United react, with Rashford and substitute Jesse Lingard forcing saves from outside the box. Jose Mourinho’s men have a final chance but Lingard fluffed his lines under pressure from Shane Duffy.

The victory put Brighton at 11th place in the Premier League table.

De Gea showed why he is the best in the business, producing an outstanding save to deny Murray before tipping Izquierdo’s shot over the bar. By far, United’s best player on the night.

Darmian was handed a rare start and he failed to take the opportunity with both the hands. The Italian didn’t make any effort to stop Brighton’s goal. Absolute shocker! 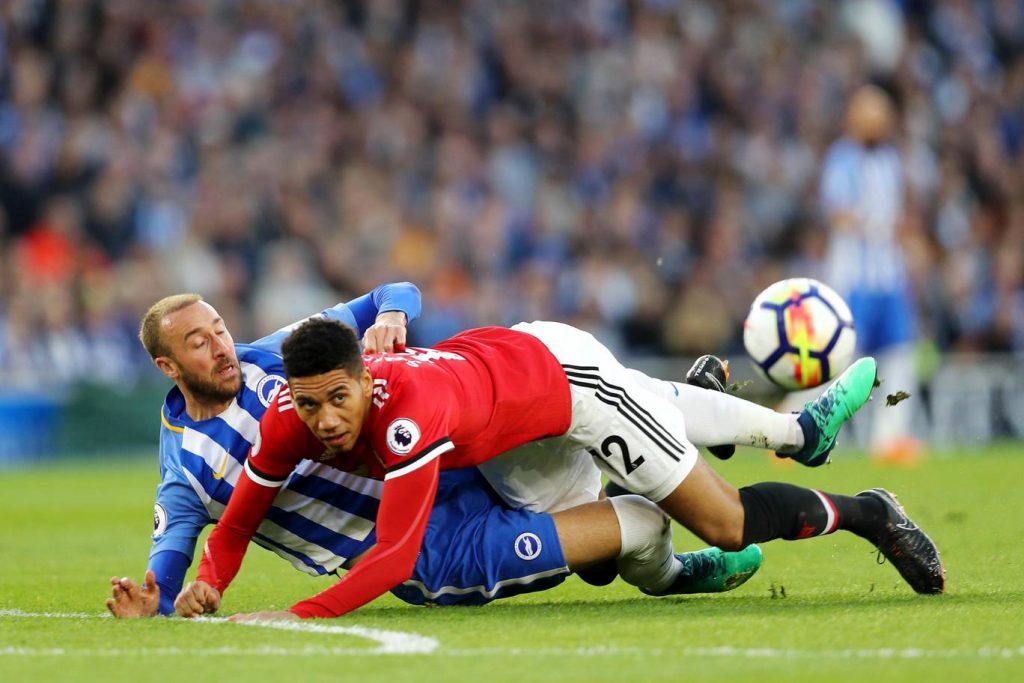 It was not his best outing but coped well with Murray. Looked flustered alongside Rojo at the heart of United’s defence.

Rojo seemed off the pace and it was very clear that he was starting a game after a very long period of time.

Was disciplined throughout the game but offered very little going forward. It was not his fault as United were toothless the entire game. However, he could have done better to try and stop Brighton’s goal.

Matic was run ragged in the first half by Brighton’s midfielders as he failed to dictate the tempo of the game. Improved slightly after the break but he was far from his usual best.

When things were to be kept simple, Pogba tried and held the ball more often than not. He failed to add the bite to the midfield and looked very languid. A disappointing night for the Frenchman. 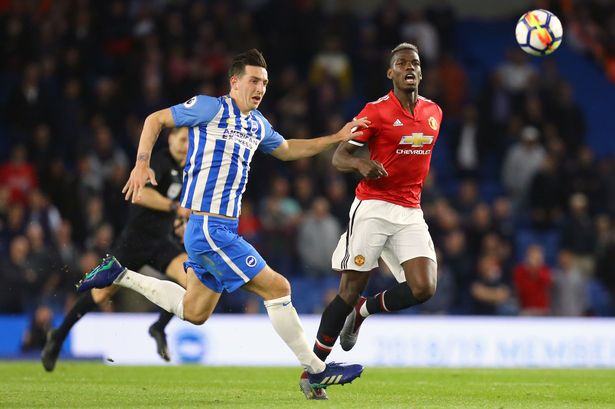 Fellaini failed to threaten the Brighton defence and hardly looked like he was in the game. Sideways and backwards passing was his scheme as he was rightly substituted after the break.

Mata was named in the starting line-up to provide the incisiveness and invention in the attack. Sadly, he didn’t offer anything.

Martial started on the left but apart from a few lively moments, he offered nothing in attack. The Frenchman looked off the boil, with his dribbling skills deserting him at times. 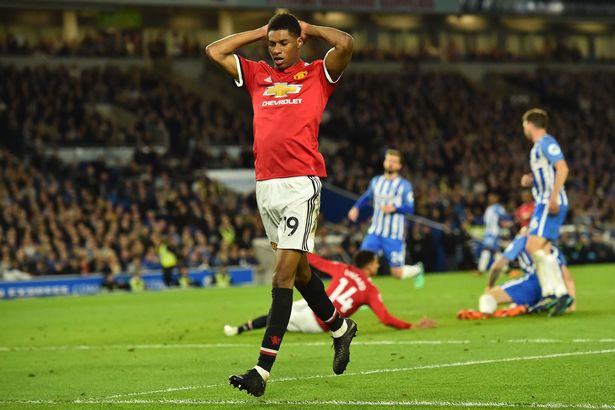 Due to Lukaku’s injury, Rashford was given a chance to lead the attack. The young striker was largely ineffective and failed to find Martial in the first half. A big chance went begging for Rashford.

He came on for Darmian but made no real difference.

Lingard came on for Fellaini and brought some much-needed urgency to United’s attack. His involvement suddenly saw United threaten the hosts late in the game. The midfielder had a late chance but fluffed it.

He hardly made any impact after coming on for Rojo.